Danytza Berry (1994) is a junior quantitative researcher & policy adviser at Atria. She identifies herself as a global citizen. Born in Belgium and raised in Curaçao, she then moved to the Netherlands, France, England and the USA. She studied Nursing with an honors degree in Medicine and a minor in Global Health (BSc, Amsterdam University of Applied Sciences). During these four years she gained knowledge and experience of highly complex clinical care in the Netherlands and conducted research in Cape Verde for three months. She then obtained her masters in International Public Health (University of Sheffield) and Advanced Epidemiology & Biostatistics (French School of Public Health). For these studies, she also spent five months in Washington D.C. at the American location of the World Health Organization (WHO / PAHO).

Her interest in equality has developed during the many international moments on her career path. During her research in Cape Verde, she saw how economic conditions and a lack of street lighting and means of transport hindered individuals with a lower socio-economic status in access to care. In Curaçao too, she sees more clearly how inequality within society drives economic, political and social developments, and what role gender plays in these issues. At the WHO she was lead author on a publication focusing on geographic inequalities and access to care in Peru and Colombia. This study highlighted the direct relation between survival and the district where you give birth as a pregnant woman or are born as a child. These moments led her to want to expand her expertise on (in)equality. Since she graduated, she has moved back to the Netherlands and started working at Atria in November 2019. She now wants to focus more on the economic independence of women, gender-based violence, and the prevention of violence among adolescents. 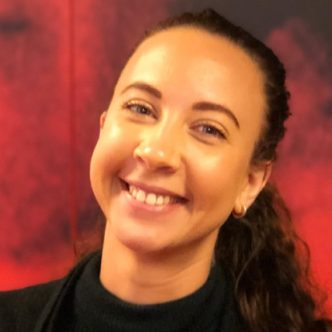