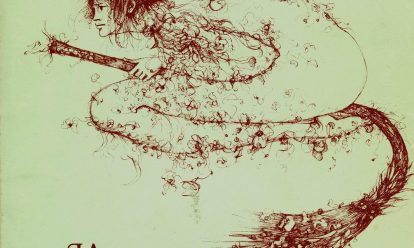 Annik Houel
Field of expertise: Social psychology
Short bio: Professor Emerita of social psychology, Université Lyon 2. President of the women’s center in Lyon, France (“Centre des femmes de Lyon”), from 1976 to 1987, a non-governmental organization, laying claim to the women’s movement. Founder of the Center for feminist studies in Lyon (“Centre Lyonnais d’Études Féministes”, CLEF) in 1976, a center whose members participated in the struggle for the recognition of feminist studies in France (through the lobbying of ANEF, among other groups). This center then led to the opening in 2003 of the Louise Labé center (“Centre Louise Labé”), dedicated to teaching, researching and collecting documents and books on gender at the University of Lyon 2.

Jacqueline Martin
Field of expertise: Economy & social policy
Short bio: Doctorate in Economy. Associate professor in social economy at the University of Toulouse 2. Through a pluridisciplinary approach (economical, historical and sociological), her work focuses on the sexed division of labor (professional and domestic), on family policies and their effects on female labor in France. She is in charge of the Master program “Gender and social policies” (“ Genre et politiques sociales”) and the multi-training program gathering junior and senior researchers through transdisciplinary approaches to gender (PPF ARPEGE: plan pluri-formation “approches pluridisciplinaires du genre”). She is also actively involved in the implementation of local gender equality policies (city, university, region).

Michèle Ferrand
Field of expertise: Sociology
Short bio: Sociologist, research advisor for the French National Center for Scientific Research (CNRS), member of CRESSPA-CSU ( CNRS – University of Paris 8) and research associate for Demography, gender and societies in the French National Institute of Demographic studies (INED). Involved in the institutionalization process of feminist studies since the late 1970’s: Scientific advisor for the C onference on “Women Feminism and Research” (“Colloque Femmes-féminisme et Recherche”), in Toulouse, France, 1982; Member of groups of women researchers (APEF then ANEF); Member of the research committee on feminist research on research on women ( “Recherches féministes et recherches sur les femmes”) between 1982 et 1987; In charge of the workshop on production and reproduction (APRE) after the publication of the book she co-edited Le sexe du travail (1984). Her research focuses on the link between gender relations and physical reproduction (pregnancy and abortion), parenthood, professional and domestic labor, education and sexuality.

Report on the selection process by the French FRAGEN team

At the beginning, the four (women) experts met with the board members of ANEF to decide upon a list of 10 texts. Yet, when realizing how difficult it was to reach general agreement, we finally decided to go through the process described in annex A. Consequently, we asked each expert to think about a list along with selection criteria for each text. Thanks to these individual lists, we first found common themes, then, after some debates and in accordance with the different criteria (historical ones), we decided upon a list that met general approval.
> Annex A