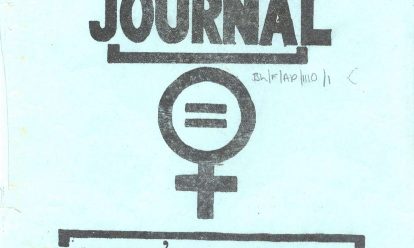 Catriona Crowe
Field of expertise: Archives, women’s history Catriona Crowe is a Senior Archivist and Head of Special Projects Division at the National Archives of Ireland. She is project manager of Irish Census Online, a major digitisation initiative to place the Irish censuses of 1901 and 1911 on the web. A former President of the Women’s History Association of Ireland , she is an Editor of the series of Documents on Irish Foreign Policy, Chairperson of the Irish Theatre Institute and Chairperson of the SAOL Project, an education and rehabilitation project for women with addiction issues in Dublin’s north inner city. She appears regularly on RTE’s arts programme, The View, and writes for the Dublin Review and other national publications. Catriona has published extensively most recently contributing a Guest introduction to NUI Galway’s Women’s Studies-publications Oral History and Biography Women’s Studies Review, Volume 7.

Dr. Linda Connolly
Field of expertise: Sociology and Women’s Studies
Teaching interests: Irish society, Irish studies, Sociology of the Family, Social Movements, Gender and Sexuality, Race and Ethnicity.
Linda Connolly has published a number of articles and books primarily in the field of Irish studies on a range of subjects, including social movements and politics, feminism and the women’s movement, feminist theory and research, postcolonial theory and Ireland, and the development of social and cultural theory in Ireland.

Professor Yvonne Galligan
Field of Expertise: Gender Politics
Director, Centre for the Advancement of Women in Politics, Director of Research (Governance and Public Policy
Director: MA Gender and Society, Queens University , Belfast.
Teaching areas: prof. Galligan teaches primarily in the area of gender politics, with a particular focus on gender politics in the EU, the UK and Ireland. She convenes the third year module Women and Politics. She also convene and co-ordinate the MA in Gender and Society, teaches Irish politics in a comparative context, and contributes to the Skills and Methods course.

Report on the selection process by the Irish FRAGEN team

After feedback from and consultation with the experts, extensive thought was put into the copyright situation of the texts to be selected. Recent publications were rejected on this criteria. The decision was made to select three texts for which copyright would not be an issue as University College Cork held the items within its Library Archives Service. The three texts selected were judged to provide a snapshot into the reemergence of the Women’s movement in Ireland in the 1970’s and would serve as an introduction to study of the period.

Four texts were selected in addition to texts nominated by the panel of experts as the copyright issues prevented digitisation of all of the original longlist. The approval of the panel of experts for these texts was sought prior to their inclusion and no objections were raised.