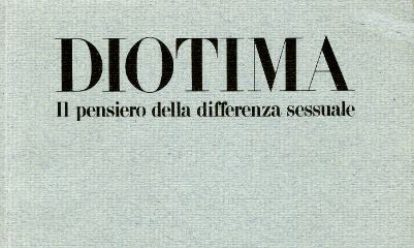 Summary:
Diotima is a female philosophical community based in Verona University since 1983. “The thinking of sexual difference” is the first book written by the community and contains essays by Adriana Cavarero, Cristiana Fischer, Elvia Franco, Giannina Longobardi, Veronica Marioux, Luisa Muraro, Anna Maria Piussi, Wanda Tommasi, Anita Sanvitto, Betty Zamarchi, Chiara Zamboni, Gloria Zanardo. With reference to the Italian debate on sexual difference and the thinking of Luce Irigaray, Diotima organizes a big conference once a year from which the community’s books are produced. Adriana Cavarero’s pamphlet is a real manifesto and traces the concept of sexual difference according to feminist theory, and in comparison with the western philosophical tradition. Cavarero emphasizes the sexual character of language in philopsophy and science, from which the woman is excluded. Cavarero aims at overcoming this monism and at constructing a new dualistic logic made by women.

The Declaration of Women’s Liberation. The congress has also decided to begin a campaign called “Our Bodies belong to us and No to Sexual violence”.

The author describes how the different scientific disciplines determine from their respective perspectives how to understand the nature of ‘woman’.

The paper gives a comprehensive review of gender equality measures in Malta including a discussion on how important past events impacted on present policies within the strong influence of the Catholic Church.