Summary:
Rosi Braidotti’s book “Nomadic Subject” was translated in Italian with the title “Soggetto nomade. Femminismo e crisi della modernità” by Anna Maria Crispino in 1994. The first four chapters of “Soggetto nomade” were republished in 2002 by Sossella Editore, where the new chapter “Genere, identità e multiculturalismo in Europa” (Gender, identity and multiculturalism in Europe) has been included. Anna Maria Crispino has been the translator and the editor of the book.
The Nomadic Subject as a figure proposed by Rosi Braidotti is generated by the Feminist Consciousness regarding the multiple subjectivity and developed from a political viewpoint. It opposes diasporic and different subjectivities to fixed identities and the universality of the subject. Therefore a Nomadic Epistemology is drawned through the concept of sexual difference (between women and men, among women and within the woman herself). The figure of the Nomadic Subject has been very influent in the Italian feminist context. It allowed the crossing of different feminist positions whithin feminism, of fixed identities’ representation and nationalistic claims. The Nomadic Subject is considered a “Manifest figure” both for contemporary anti-racist feminist movements and the critical debate against nationalism and the idea of “Fortress Europe”. 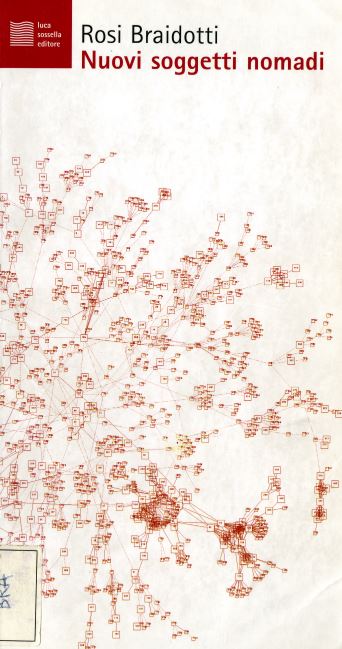 Martina, who is also the story’s narrator, wants to be free and independent. Gustav, her fiancé, or “husband”, wants to get married and raise a family.