Summary:
An important collection of articles which was specially dedicated by the publishers ‘with humble respect to the Women of Malta who often unheralded sometimes unappreciated have done and still do so much for Malta’. These ‘special articles’ were written by women who might not all have called themselves ‘feminists’ at that time, but the articles conveyed the feeling of consciousness-raising of the second wave. The articles gave insight into the situation of women’s lives in the public and private sphere and challenged the system which excluded women from achieving a career in work or politics and which kept them tied to their ascribed role at home. The titles of the articles are ‘ The Role of the Professional Woman in Malta’, ‘Women and the Law’, Giving a Fair Chance to the Maltese Woman’ and ‘Women and Maltese Politics’. 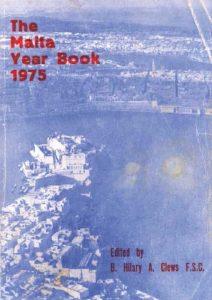 The text contains the brief description of the first National Women’s Roundtable Meeting.

The issue contains a radical critique of the family. It is analysed as a patriarchal instrument of alienation and oppression, directly linked to the economical and sexual exploitation of women.