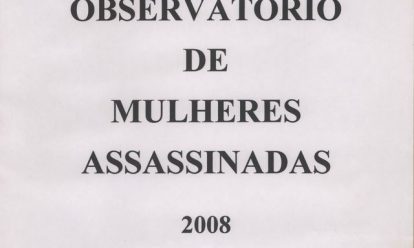 Summary:
The Observatory of Murdered Women (OMA), founded in 2004, is an initiative of the feminist association UMAR- União de Mulheres Alternativa e Resposta. Every year the OMA presents officially to governmental entities, media and civil society a study with the results of murdered women in the former year. This report reveals the data from 2008, where 46 women were murdered by their husbands, partners or ex-partners. The document also shows the number of attempted murders, the victims’ ages, the regions with more cases and the typology of the aggressors.

This book is an analysis of the access of Romani women to reproductive health in post-socialist Romania.