Summary:
This book about feminist political theory is divided in three parts: the first part deals with the historical evolution of feminist political ideas, including the Romanian ones (the need for a feminist theory of the political; the historical evolution of feminist political ideas – the waves of feminism); the second part presents the main positions in contemporary feminist theory (liberal feminism; socialist and Marxist feminism; radical feminism, ecofeminism and communitarian feminism); the third part is dedicated to an analysis of communist and post-communist East-European societies from a feminist perspective (state patriarchate, left-wing conservatism and room-service feminism). The original ideas found in the book were published in English in the article State Men, Market Women in Feminismos, Muyer y participation politica, Universita Alicante, Numero 3, juno de 2004 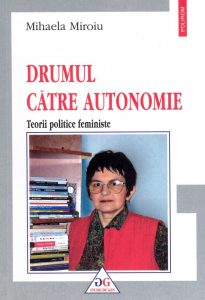 The book gives a historical overview of the evolution of feminism and women’s rights in Malta and abroad, acknowledging gains of the women’s movement.

Torajyvä was the magazine of the lesbian feminist group Akanat. This first issue includes a presentation of the group and its activities. Most texts are personal accounts of lesbian and bisexual women.

The author develops theoretical foundation of women’s history, starting from the critique of traditional historiography and its false universalism.