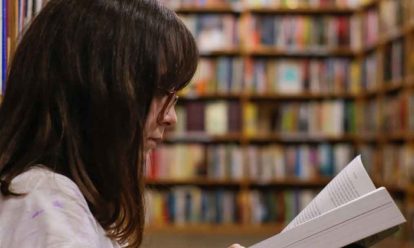 Kerstin Alnebratt, PhD
Field of expertise: Gender Studies, research policy
Short bio: Kerstin Alnebratt is Director of the Swedish Secretariat for Gender Research and has a PhD in Gender Studies. In her thesis she scrutinized how the research field of women’s, gender and feminist studies was conceptualized in Swedish research policy from 1970 to 2000. She has a long history of political and feminist engagement.

Åsa Arping
Field of expertise: 19th century Swedish literature and criticism, literary historiography, gender
Short bio: Åsa Arping holds a PhD in Comparative Literature and is working as Senior lecturer at the Department of Literature, History of Ideas and Religion , University of Gothenburg. Her PhD dissertation (2002) was published as Den anspråksfulla blygsamheten. Auktoritet och genus i 1830-talets svenska romandebatt [Pretentious modesty. Authority and gender in the Swedish debate on the novel in the 1830s]. Arping was editor of Kvinnovetenskaplig tidskrift [Journal for Women Studies] 2002–2005, she has edited several academic anthologies, and a literary handbook: Litteraturens historia i Sverige (2009) [The History of Literature in Sweden]. A forthcoming study is to be published in 2011: ”What’s in a Name?”: Anonymity and gender in Swedish literary criticism 1820–50.

Birgitta Johansson
Field of expertise: Ideology and aesthetics in19th and 20th century Swedish drama and theatre, literary and theatre historiography, gender.
Short bio: Birgitta Johansson holds a PhD in Comparative Literature and is working as Senior lecturer at the Department of Literature, History of Ideas and Religion, University of Gothenburg, where she teaches literature and theatre. She wrote her PhD dissertation on 20th Century feminist theatre (2006). It was published as Befrielsen är nära. Feminism och teaterpraktik i Margareta Garpes och Suzanne Ostens 1970-talsteater (Liberation is at Hand: Feminism and Theatrical Practice in Margareta Garpe’s and Suzanne Osten’s Theatre of the 1970’s). Her present research deals with melodramatic features and gender in plays of the late 19:th Century. Johansson has also written theatrical reviews in one of the major Swedish daily paper.

As a doctoral student in English literature Holmquist (together with two other doctoral students in sociology) started the first university course in Women’s Studies at Gothenburg Univ., 1975. This course was the beginning of the department of Gender Studies, and Holmquist was all along an active part in establishing women’s and gender studies at the University of Gothenburg.
Holmquist was also an activist in the women’s movement in Sweden in the 1970´s.

Anna Nordenstam
Field of expertise: Swedish Literature, Women’s Historiography, Gender issues
Short bio: Anna Nordenstam is Associate Professor in Comparative Literature at the Department of Literature, History of Ideas and Religion, University of Gothenburg, Sweden. Nordenstam took a Ph.D degree in Comparative Literature in 2001 and was awarded a permanent readership in 2004 at the University of Gothenburg. She has published several anthologies and monographs in the field of gender and comparative literature studies, e.g. Begynnelser. Litteraturforskningens pionjärkvinnor 1850–1930 (Beginnings. The Pioneering Women in Swedish Literary Historiography from 1850 to 1930), diss. 2001; Genus och arkiv (Gender and Archive) (2008); Från fabler till manga. Litteraturhistoriska och didaktiska perspektiv på barn- och ungdomslitteratur (From Fables to Manga – about children’s and youth literature) (2010 with Ann Boglind). She is born in 1965 and has two children.

Agneta Wirén, M.A.
Field of expertise: Popular education, feminist theory, teacher in literature and languages.
Short bio: Agneta Wirén is a former teacher in literature and languages, now retired. She is one of the founders of Kvinnofolkhögskolan, an adult feminist study centre in Gothenburg, Sweden, where she also has been a teacher and a principal. She is a longtime activist and has been deeply involved in the women’s movement in Sweden and Denmark since 1971 .

Report on the selection process by the Swedish FRAGEN team</h3

The selection of the Swedish texts was done by 7 Swedish experts. The experts were invited to participate in the project by Maja Pelling at the National resource library for gender studies at the Gothenburg University Library (KvinnSam) together with Kerstin Alnebratt, head of the Swedish Secretariat for Gender Research. The selection was made partly on the basis of a database (GENA) a database of PhD-theses in Women’s Studies, Men’s Studies and Gender Research in Sweden, from 1960 onwards. The database is produced by the Women’s History Collections in co-operation with the Swedish Secretariat for Gender Research. One expert that participated at the workshop had to leave the project. She was replaced by Birgitta Johansson.

The selection of the Swedish texts was done at a workshop held in Gothenburg, Sweden on the 21st of October 2010. At this workshop, all 7 Swedish experts attended. The meeting was held at the Swedish Secretariat for Gender Research. One month before the workshop, the invited experts were asked to propose texts that could be included in the Swedish selection. In total, the experts suggested 39 texts. Those texts were discussed at the workshop, and the final selection was made through a process aiming at reaching consensus among the experts. Based on the criteria established by Fragen, the experts tried to find representative texts. Since we expected to encounter problems with assuring copy-rights for the texts, one alternative text was chose for each of the ten selected texts.

One of the main points of discussion among the experts concerned the question of which texts could be included in the second wave of feminism in Sweden. The experts found it important to find two texts that could represent the important lesbian movement in Sweden. This movement made important contributions to feminism in Sweden, but it was often invisible and lesbian activist often encountered discrimination by heterosexuals.

Sweden’s participation in the Fragen project started relatively late. In order to save time, the selection of texts was made at a workshop. Many of the participating experts stated at the workshop that they would have problems to find time to write motivations of the texts. In order to make sure that all selected texts were motivated by an expert, the experts were offered a small compensation for their time (less than 200 Euro per person).