Religions are probably the most persistent patriarchal strongholds. Within all religions, women have always offered resistance to the male perspective and the exclusion of women. 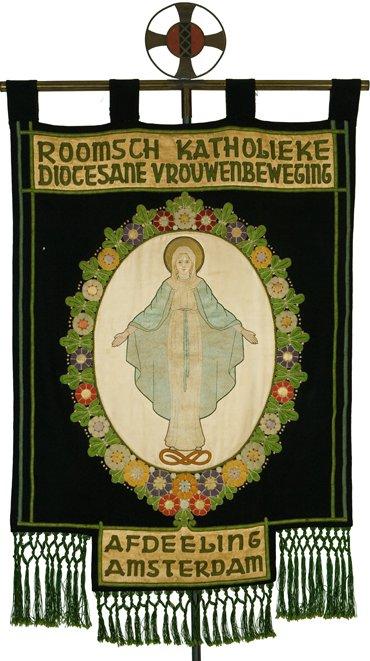 Banner of the catholic women’s movement

As of the 1970s – during the so-called second feminist wave – a strong women-and-religion movement and a feminist theology evolved with its own organizations, actions and magazines. An example of this is MARA, illustrated magazine for feminism and theology.

The archive of the editorial office is kept at Atria, institute on gender equality and women’s history. There is much ‘religious heritage’ of women to be found at Atria, among which this banner of the catholic women’s movement.

On the 26th of August 1910, Clara Zetkin (1857-1933) made an appeal for an annual women’s day, with general women’s suffrage as the most important initial demand.