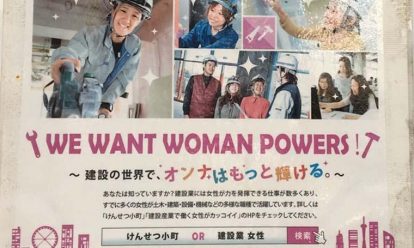 The challenging invitation of the Municipality of Amsterdam to give a seminar at the Dutch Embassy in Tokyo on current gender issues in the Netherlands and Japan was gladly accepted. Besides the primary focus of the Amsterdam mission on business developments, its aim was to address gender and human rights as genuine concerns of the Municipality of Amsterdam. Gender equality is essentially a human rights concern, and given its intersectional nature it touches upon various rights (inter alia right to non-discrimination, safety, health care). The seminar provided the opportunity to explore common grounds for Atria with Japanese gender experts and expand the international horizon.

The seminar was attended by a group of experts coming from the Municipality of Tokyo, various universities in Tokyo, female entrepeneurs and colleagues and Deputy Head of the Embassy. My focus was on two urgent human rights concerns: gendered patterns and discrimination in the labour force and violence against women as gender based discriminatory violence.  From a comparative Japanese and Dutch perspective basic research findings on the nature of both problems were presented. After exploring underlying gender dynamics feeding into its persistence in both countries (legally, social- culturally), international human rights instruments were discussed that address these gendered inequalities (inter alia UN CEDAW, work of the ILO, Istanbul Convention in Europe).

Interestingly enough, the experts were completely surprised to learn that the position of Dutch women, although greatly improved over the past decades, still shows discriminatory patterns and similar obstacles as in Japan. The fact that the Netherlands dropped in the 2017 World Economic Forum gender equality-ranking from 16 to 32, evoked equally surprise and envy. The latter makes sense: Japan ranks number 114 (of the total of about 140 countries). Although Dutch women do relatively better than Japanese women when it comes to participation in the labour market and politics, we see in both countries limited numbers of women predominantly doing part time work, leading to financial dependency of the majority of women. The very low level of women in politics, top management and leadership  positions is a concern in both countries. It clearly slows down social change. Awareness about the social and economic costs of this imbalance is dawning: the birth rate in Japan has dropped to 1,4 (in the NL 1.7) and creates a social-demographic time bomb. It makes a business reception at the Dutch Embassy with 95% men all of a sudden less innocent. The Japanese work ethos is male dominated and extremely demanding. It makes the gendered division of labour, with women being the designated ‘caretaker’ at home, hard to change.

Violence against women is in both countries a huge problem, although in Japan it is less the subject of public debate. Various counseling services have by now been set up in Japan, yet a profound shame makes it hard to address campaigns. On the other hand, the epidemic  level of sexual harassment in public transport in Tokyo resulted in a very hands-on response to guarantee women’s safety: women-only rush hour trains in the subway.

In both fields, research is  developing in Japan, notably the issues of women’s career choices and work-life balance. Violence as a research area is only recently receiving attention, particularly from a health care perspective.

Together with the Municipality we hope to explore future opportunities for exchange. The seminar and various conversations with colleagues were very inspiring for all attendants. In the light of similarities and differences between the two countries, the profound impact of cultural contexts when analyzing gender dynamics, was a recurring topic. Having only scratched the surface during this visit, many shapes and forms of Japanese traditions of female deference to men became visible while in Tokyo. Take for example the ‘maidrestaurants’:  where young women perform the role of schoolgirls/servants for their customers, predominantly male. Dressed in a short skirted black-and-white waitress dress, with petty-coat, knee high stockings, their hair in high-strung ponytails on either side, and with a voice one octave higher than their own, they sing, serve food (‘minimum’ one order per hour) and play child-like guessing games with their customers. Inevitably the customers end up with fluffy bunny ears on their head, happily singing and clapping along. The ‘maids’ create a living fantasy of girlish subservience with highly eroticized heterosexual overtones, calling their customers ‘master’ and making little heart shaped gestures by bending both thumbs and index-finger against each other. Due to the straight gender script I was bound to fail as their playmate. But that did not deter them from singing and sending me hearts when serving me. I played along, repeating the one gesture and word one needs in Japan to pass: bowing while expressing arigatõ (thank you). I left before the bunny ears landed on my head.