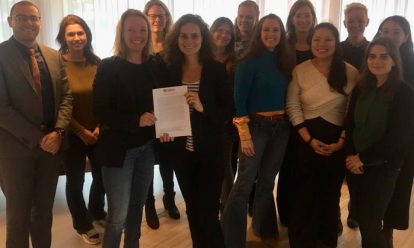 The year 2020 will mark a number of UN anniversaries related to women’s human rights. Including the 5th anniversary of the Sustainable Development Goals (SDGs) and the 1325 Resolution on Women, Peace and Security. Additionally, 2020 will mark 25 years since the adoption of the Beijing Platform for Action (BPfA). 189 UN Member States signed this historic roadmap, the most comprehensive blueprint for women’s rights today.

While this is cause for celebration, it also constitutes an opportunity for reflection. How can we  ensure the full implementation of the BPfA? There has been progress over the last 25 years, but it has been slow and uneven, with stark differences between the global North and South. Yet, even with regards to the European Union (EU), the Gender Equality Index shows persistent inequalities. With only a marginal progress between 2005 and 2017, the EU has been moving towards gender equality at a snail’s pace. In addition, according to the World Economic Forum, at the current rate of progress, it may take another 202 years to close the economic gender gap globally. Moreover, the progress has brought its own challenges.

The present decade has witnessed a rise of conservative, populist and, in part, religiously-fuelled and fundamentalist social and political movements against the perceived threat of ‘gender ideology.’ The main areas of this backlash appear to be common across countries. They include the key areas of institutional and policy frameworks for gender equality, where anti-gender equality campaigners have gone so far as trying to overturn existing laws on basic human rights. Both the gender equality agenda and the main actors promoting this agenda have faced severe challenges. With an ongoing trend of shrinking space for civil society and growing risks for women human rights defenders. At the same time, the backlash has prompted a strong counter movement of resistance. #MeToo and SheDecides are two examples.

Dutch civil society have come together to identify key steps to be taken in order to deliver the BPfA and SDGs. CSOs have compiled a document with the aim of assisting the Dutch government in the run up to 2020. It focuses on those issues that have been most affected by the backlash and are most at risk of moving backward rather than forward.

*When we use the term women in this document, we refer to women and gender non-conforming persons of all abilities, religions, ethnicities, classes, sexual orientations, sex characteristics, indigeneity, work status, HIV- or health status, gender identities and expressions, wherever they live or any other status that may impact on their life.