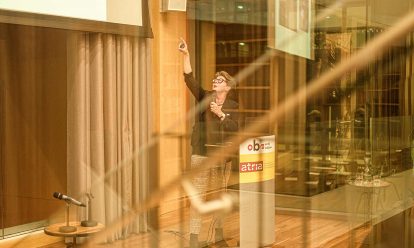 A centenary of Dutch universal suffrage, or gender and the politics of history and memory

Summary of the Rosa Manus lecture

In the Rosa Manus lecture Mineke Bosch, professor of Modern History at the University of Groningen, addressed the binary opposition that historians usually create between ‘history’ and ‘memory’. Doing this, they follow in the footsteps of Pierre Nora, who deplored the loss of ‘memory-history’ and the advent of the contemporary ‘memory boom’ or even a ‘bulimina of memory’. In the Netherlands the dichotomy between history and memory was assessed by the Utrecht-based historian Ed Jonker in his inaugural lecture ‘wild memory’ versus ‘disciplined history’: subjective, activist, fragmented, personal versus objective, academic, unified or intersubjective expressions of historical consciousness. Indeed, wild forms of doing history versus disciplined historical analysis.
But where does women’s and gender history stand in this? It may be that gender historians, in their aim to have their work recognized by professional historians, have kept a distance to memory and commemoration, especially when it comes to histories of feminism. Indeed, it never crossed Bosch’ mind to publish her biography of Aletta Jacobs in 2004, instead of 2005, that is 150 years after her birth. So why, she asked herself for the occasion, did she become so passionate about celebrating the centenary of women’s suffrage?

First of all she was inspired by literature on the British commemorations of the struggle for women’s suffrage that suggested the importance of commemoration for enhanced research activities, as well as public recognition of the story. Don’t we all remember the Suffragettes entering the scene at the splendid opening of the Olympic games? Besides these thought provoking reflections on British commemorative practices, there were other intellectual and political reasons that she stumbled upon when writing her biography of Aletta Jacobs. One was the obvious neglect of the historical struggle for women’s suffrage in the national narrative as told by professional historians. The story was either completely ignored, or it was stereotyped as a story of an elite group of bourgeois women who wanted restricted suffrage in order to strengthen their class position. Besides, there was the tacit conviction, also among gender historians, that the real history of women’s suffrage was written in the UK where a militant movement took center stage. In comparison to these women, Dutch suffragists’ activities paled, and were therefore not worthy of much attention.
This neglect was annoying in itself but it also had an impact on the preparations for the celebration of the Dutch centenary of universal suffrage that originally would be commemorated nationally in December 2017, and that only gradually changed into a plan of celebrating the centenary of Dutch universal suffrage in 2019. The political squabbles over what to remember when, and the reluctance to acknowledge universal suffrage to be reached only when active women’s suffrage was gained, convinced Bosch that this story should really be told far and wide. At the annual meeting of the VVG in 2018 this conviction was taken over by the VVG who from then on took the lead in organizing a committee 100 years of Women’s Suffrage that coordinated and publicized the many activities in the context of the centenary of women’s suffrage.
The next question Bosch addressed was: what did the commemorations of the centenary of women’s suffrage bring? Did it indeed bring new insights into the history of the long struggle for women’s suffrage? And did the commemorations (still going on) attract new audiences and by consequence, enhance recognition of the importance of this story for our understanding of the history of Dutch democracy?

As for the exhibition Strijd! 100 jaar Vrouwenkiesrecht that she co-curated with Egge Knol in the Groningen Museum, and that attracted 120.000 visitors she mentioned a few new insights. One was that the story of suffrage could easily be told without a central role for Aletta Jacobs. Another was the insight that banners were meaningful objects in the story of suffrage in their suggestion of local and regional activity. Banners, the use of folklore, but also the many boxes with signatures for the ‘volkspetitionnement’, all contributed to a new understanding of the suffrage movement as a real mass movement. At last she demonstrated how much more women she had been able to identify as a corollary of trying to bring the many photographs and visual objects ‘home’ in preparation of the exhibition and her book Strijd! De geschiedenis van de vrouwenkiesrechtbeweging in Nederland, 1882-1922.
Besides the exhibition Strijd!, Bosch drew attention to the many publications that enhanced our knowledge such as books, special issues or articles in local and national journals, series in national and local newspapers, as well as several other exhibitions and many lectures. She singled out Utrecht, Haarlem and Groningen for its active commemorative practices in the year 2019. Another important contribution to the celebrations was the Winterschool that Atria organized at the start of 2019, with three evening lectures by scholars and activists about women’s suffrage in the Dutch East Indies, Suriname and the Dutch Antilles. With the series Atria asked attention for the colonial context in which the history of women’s suffrage should be seen. With the ever louder call for the ‘first’ female prime minister in the Netherlands, it is also good to realize that in the Dutch Antilles there have been female prime ministers, such as the longtime PM Maria Liberia Peters who will be Atria’s guest in Oktober 2019, also as part of the centenary of suffrage.

Bosch’ conclusion was that as a consequence of the celebrations of the centenary there is a definite growth in what she calls ‘suffrage literacy’ among professional historians, and the wider public. She underlined this with a few examples, such as the wider use of the figure of Marijtje in articles on women’s suffrage, the recent find of the banner of Hoorn that for 100 years had been slumbering in the stacks of the archives, or the appropriate use of photographs and propaganda material in recent publications. Spaarnestad had even revised a wrong caption with a picture of four suffragists at the Binnenhof (maybe as a result of the letter Bosch wrote to the NRC about their uniformed use of that picture), one of whom according to the new text had always ‘wrongly’ been identified as Aletta Jacobs.
All in all the experience of having been immersed in the commemorative practices of the Dutch centenary of women’s suffrage made her confident that professional historians should leave their hesitations behind and commemorate and celebrate history in order to get our stories across!

Atria has been awarded major grants from the Dutch ministry of Education, Culture and Science for 3 five-year programmes.