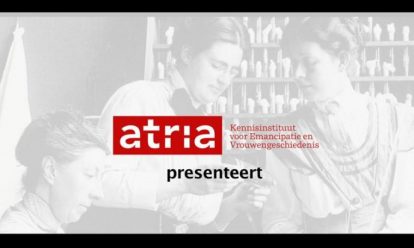 In the short film Among pr♀fessors, five female professors speak about successes and obstacles in their academic career. Who or what helped them along the way? And how did they, after acquiring a professorial position, solidify a role in the academic world?

The stories of female professors

In 2017, a hundred years have passed since the appointment of the Netherlands’ first female professor, Johanna Westerdijk, at Utrecht University. In the light of the Westerdijk-commemoration year 2017, Atria now documents the portraits of five female professors:

Their integral stories have been documented in sound and picture according tot the method of oral history. Based on their interviews, Atria has made a short compilation film (in Dutch).

The video-interviews will be included in Moving Women’s History, Atria’s oral history collection. Thus, these women’s histories will be preserved and will be accessible for future generations, serving as a source of inspiration.