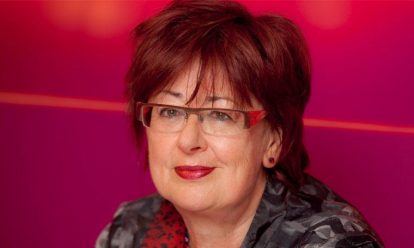 Renée Römkens will focus on gender and violence, in particular investigating the impact of policy and legislation in public discourse and the role of gender in violence. Her main interest is in shifting developments in the regulation of gender-related violence as a human rights violation and as a form of gender based discrimination.

Her PhD thesis, ‘Ordinary violence?’ (Gewoon geweld?, UvA, 1992, with honours) was the first study in Europe to research prevalence, nature, risk factors and effects of violence against women in heterosexual relationships.

According to the most recent prevalence study conducted by the Fundamental Rights Agency (FRA), 45% of all women over the age of 15 in the Netherlands have experienced physical and/or sexual violence. Gender-related violence is getting more international attention too. Recognised as a human rights violation by the United Nations since 1986, the Council of Europe Convention on preventing and combating violence against women and domestic violence (also known as the Istanbul Convention of 2011) entered into force in the Netherlands (March 2016)..

Römkens has been the director of Atria since 2012, where she is also a researcher and board member. Before this, she worked at Tilburg University as professor of Interpersonal Violence since 2008. She has also held visiting professor positions at Columbia University (New York), New York University, the University of Cape Town and the University of the Western Cape, amongst others.

Römkens holds various advisory posts at the European level, in and outside academia, and is a member of the European Network of Gender Experts. As expert adviser she is consulted by the Fundamental Rights Agency and the European Institute on Gender Equality. From 2009 to 2011 she was also scientific member to the Committee for the Council of Europe’s Istanbul Convention.