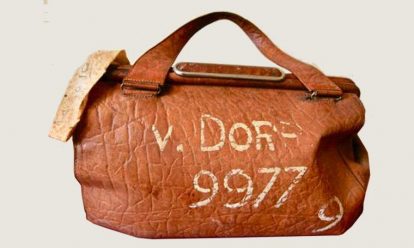 Lizzy van Dorp (1872-1945) received this particular notebook for her 72nd birthday in 1944. It served as a gift from other women in camp Tjihapit II in Bandoeng on West-Java. It is a collection of recipes from the Indonesian kitchen to which they added their own recipes. Lizzy van Dorp meticulously made diary notes of her last period in the former Dutch East-Indies. 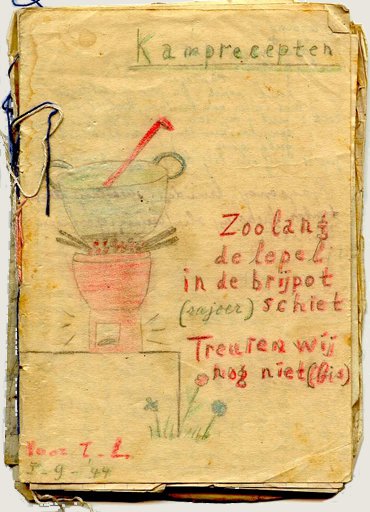 Between 1998 and 2001, over nine meters of van Dorp’s archival material was moved to Atria. After Lizzy’s cousin deceased, the family cleared out the family house. The extremely well preserved archive of Lizzy van Dorp was stored in the attic and included letters from friends, her housekeeper, family, colleagues, her diaries, administration, newspaper cuttings and many texts on politics, economy, liberalism and feminism.

A striking object is the bag she had with her when she died in camp Banjoebiroe 10 on Java on September 6th, 1945.

Clara Meijers (1885-1964) had a dream: founding a bank for women. This vision, although altered, became reality in 1928. The Robaver opened a ‘women’s bank’ as a seperate branch.

Just like her mother Queen Wilhelmina, princess Juliana showed a lively interest in the work of Dutch women’s organizations. This letter, dated December 3rd 1945, proves that. Already at the beginning of the Second World War in 1941, prominent women from major Dutch women organizations of all denominations and political context, came together to discuss important problems originating from the […]