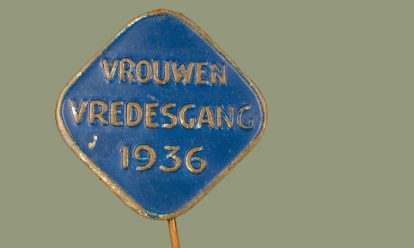 On the 18th of May 1934, women demonstrated by a silent march through The Hague. It was the day of the League of Nations and since then, every year on that specific date, a so-called Women’s Peace Walk was held. The planned demonstration of May 18th 1940 was cancelled due to the outbreak of the Second World War.

The silent marches were organized by the Algemeene Nederlandsche Vrouwen Vredebond (General Dutch Women’s Peace League) and the Dutch branch of the Women’s International League for Peace and Freedom. As of 1937, the Women’s Peace walks used a design of Segal as a poster, illustration and as picture stamp.