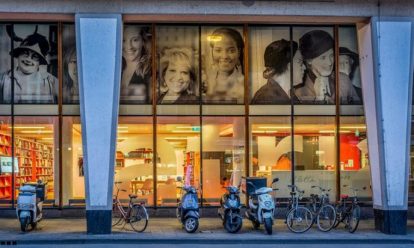 Christien Brinkgreve was a professor of Social Sciences at the Utrecht University from 1990 until her emeritus in 2014. She was one of the first professors of Women’s Studies, from 1986 until 1990 at the Catholic University of Nijmegen (now called: Radboud University). At this university in Nijmegen, she led a multidisciplinary centre for women’s studies and developed research about gender differences in healthcare and about women and science. For two years, she has been affiliated with the Belle van Zuylen-institute of the University of Amsterdam. Next to her academic work, her books, columns, seminars, articles and courses have always addressed a wide audience. Currently, she has different ancillary positions as she is a member of the scientific advisory committee of the Netherlands Insitute of Social Research (SCP), a boardmember of the Psychiatry and Philosophy Foundation, member of the Honours Council of the Honours Academy in Leiden, founder of the Babelgenootschap and a member of the customer-committee at the Vondelstede healthcare institution in Amsterdam.

Ojanne de Vries-Chang is working as interim-manager and supervisor. She prefers to work for human-oriented and development-oriented organisations, like Atria or in educational facilities. Her strengths include analysing working processes and structuring an organisation. As a supervisor at Atria, she contributes by strengthening the governance of the organisation even further.

Rahma el Mouden is, since 1997, a social entrepreneur at MAS Dienstverleners Groep. She is very involved with the city of Amsterdam and especially the citizens that do not easily profit from the wealth of the city. As long as Rahma can remember, she fights against the differences between boys and girls. Accordingly, she decided to leave Morocco at a young age. In 1975, she arrived in the Netherlands as a 16-year old girl and immediately noticed that the emancipation of men and women in the Netherlands had not been completed yet.

“I will always argue for equal opportunities for women, both in occupational functions as in occupational wages. Therefore, I am happy to be part of Atria, an organisation that is committed to fight for emancipation of everyone, and especially women.”

Emma Harjadi Herman works at Stedelijk Museum Amsterdam as head of education and inclusion. She has been involved with different feminist initiatives since she was a student, like Mama Cash, the Women’s March and activism related to the rights of sex workers. Through her work, she tries to strengthen the voices of artists and activists that are insufficiently heard. Emma is a senior fellow of Humanity in Action, an international network of young people who are committed to human rights, inclusivity and democracy. Emma lived and worked in New York, Paris, Cotonou and Brussels and is currently back in the Netherlands with her partner and two children.

Erik Holtslag focuses on development and is socially engaged. He is currently Interim Director of Kenniscentrum Aequor, an intermediary organisation at the heart of business and educational developments in the food, nature and living environment field. He studied business administration after attending the Hogere Hotelschool. Holtslag has held various executive and directorial positions in the business world with an emphasis on employment and education. He contributes to the Supervisory Board through his knowledge of business management, marketing and strategic HR development. His drive and affinity concern “development in every facet”. Additional functions include membership of the Supervisory Board of NUOVO, Stichting voor Voortgezet Onderwijs in Utrecht.

Eric Koenen founded the Doorwerthgroep following a career at Philips, PWC and Cofely, where he was an Executive Board Member until 2007. He coaches top teams in terms of future scenarios, and strategy and innovation processes. Koenen regularly publishes on diversity and leadership. He also co-authored the book De winst van verschil with Professor Christien Brinkgreve. Koenen studied social sciences and economics at Nijmegen and Rotterdam, and business administration and change management in the USA.

Hans Moors is CEO of EMMA (Experts in Media en Maatschappij) and ANNE (Adviseurs voor Noordoost-Nederland). Both are research and consultancy firms and consist of 50 employees who are working for public affairs. Previously, he was head of the departments security & crime and wellbeing & healthcare at IVA Policy Research and Advice, lecturer in integral security, and as a researcher, he was affiliated with several universities in the Netherlands, Belgium and France. Hans studied Cultural History and Political Philosophy, and his specialization was the socialization of thought regarding gender, sex and inclusion during the 19th and 20th century. After 2003, he focused on issues regarding crime and security, with an emphasis on diversity, relational violence, freedom, fear and trust in criminal or extremist networks. He additionally focused on how to deal with these themes as a professional. Hans wrote and edited several books, reports, academic articles and publications. Since 2006, he has gained experience as a board member in the culture and heritage sector, and is currently a member of the supervisory committee of the Penitentiary Institution of Vught.

Marie Ricardo is programme manager at COC Nederland and is responsible for the programs of COC in the Netherlands. Before this specific function, she worked on behalf of COC on a more international basis with LGBTI-movements in African and Caribbean countries. Marie is currently fighting for an inclusive LGBTI-movement, with enough space for the intersectionality between gender, sexual orientation and ethnicity. Previously, she has been a board member at different LGBTI-initiatives, like UvA Pride, PlanetRomeo Foundation and Pride Amsterdam. At Pride Amsterdam, she argued for a broader involvement of the bi-cultural LGBTI community and lesbian women. Marie brings people together, she is an activist and has extensive experience in the field of management, organisational development and networking.