Welcome to FRAmes on GENder (formerly FRAGEN)
For the first time, core feminist texts from the second wave of feminism in Europe have been made available to researchers in an easily accessible online database. The FRAGEN project brings together books, articles and pamphlets that were influential in the development of feminist ideas in 29 countries during the second half of the 20th century.
From 2008 until 2011 European women’s libraries, gender studies departments and scholars from all over Europe have been working together in the FRAGEN project. 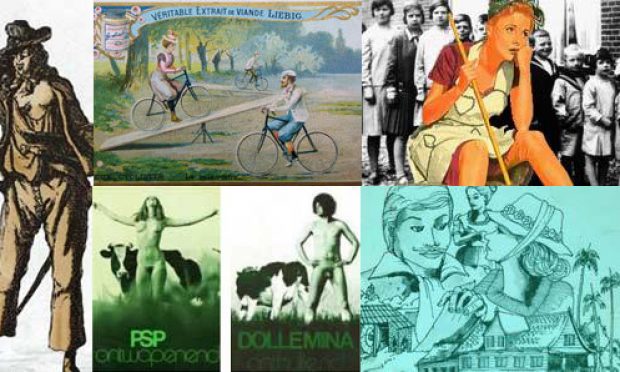 Why FRAGEN?
The aim of the project is to facilitate comparative research into the history of feminist thinking in 29 countries. FRAGEN was launched to the international research community in 2011 and is part of the European research project QUING.

29 Countries, 29 partners select core feminist texts in Europe.
The selected texts have been digitised and made available. Making this information available will allow for comparative research into the history of feminist ideas in different European countries.

The content in FRAGEN serves two goals:
>> to create a database of the original texts on gender+equality frames that have emerged from feminist movements in Europe
>> to organize and facilitate open access for researchers to this database
Contact FRAGEN: info@atria.nl

European women’s libraries and scholars from all over Europe are working together on the FRAGEN project which aims to collect the most important texts from the feminist movements of the second part of the 20th century.As part of this project, women’s libraries and academic researchers throughout Europe select feminist texts – such as books, articles and pamphlets – that were influential in the development of feminist ideas in the 1970s and 80s. The history of feminist ideas in different European countries.

29 partners in 29 countries (EU countries plus Croatia and Turkey) participate in the FRAGEN project. They vary from women’s and gender libraries and documentation centers to women’s studies department at universities. Photo: © Copyright Creative Commons License

Fragen content contains core feminist texts from 29 countries which have been influential in the development of feminist ideas in the second half of the 20th century.

Since the completion of the FRAGEN project several researchers have been analyzing selected texts and corresponding surveys. Till April 2013 research has been done on Spanish, Polish and Turkish texts and input. In their reports the researchers first provide background information on the publications and the authors. Following this, from their own perspective, they analyze the selected text and relate it to specific feminisms described by Judith Lorber (New York, 2010). Finally, the researchers also answer the questions in the FRAGEN survey and compare their answers with already given answers of various readers. Photocredits: Becca Tapert