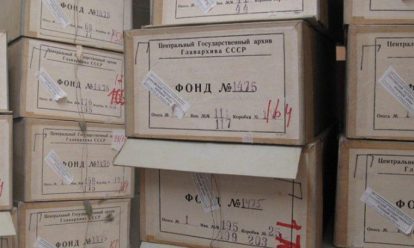 The end of first-wave feminism

First-wave feminism was over by 1935, and many of the women, who had been active in the women’s movement in around 1900, were now either elderly or had already died. The three founders of the International Archives for the Women’s Movement (IAV) all felt that it was vital to preserve women’s cultural heritage and the history of the women’s movement. In addition, the young feminists of the 1930s had a real need for well-documented knowledge of the past. For instance, this was so as to be able to defend themselves against the Dutch government, which had been regularly attempting to ban women from paid employment since the 1920s.

The collection began with 300 books from Rosa Manus, one of the founders of the International Archives for the Women’s Movement (IAV). A year later, she donated the archive of Aletta Jacobs (1854-1929), the Netherlands’ first female doctor and a renowned campaigner for women’s suffrage.
More about Aletta Jacobs

In July 1940, the Germans ransacked both of the IAV premises. After the war, only 10 percent of the collection was recovered and, when the archive reopened in 1947, the bookshelves were virtually empty. It later transpired that the old IAV archives had travelled around for many years. In 1992, they were rediscovered in Moscow and in 2003, they were finally returned to Amsterdam following lengthy negotiations.
More about the stolen archives

The IAV collected a wealth of materials during the second wave of feminism between 1965 and the mid-1980s. This included the impressive collection of posters, which were digitalised in 2003 and can now be viewed online.
Poster collection

In 2000, Atria’s predecessor, the International Information Centre and Archives for the Women’s Movement, was presented with the Joke Smit Award, the Dutch government’s biennial prize for making a fundamental contribution to improving the position of women.