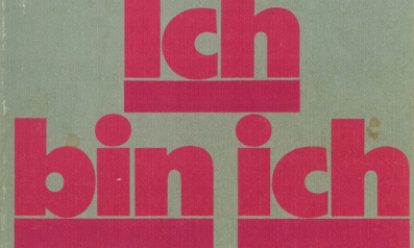 Erna M. Appelt, Prof. Dr.
Studied German studies and history in Salzburg and Vienna, degree in sociology (Institute for Advanced Studies, Vienna), 1995 habilitation – postdoctoral qualification – in the Social and Economic Science Department at the University of Innsbruck. Professor Appelt has taught at the Universities of Vienna, Marburg/Lahn, New Orleans, Graz, and at the international summer school, “European Integration,” at the Universities of Trient and Innsbruck.
Since 2005 she has been the spokeswoman for the research team “Politics and Cultures of Care”; since 2008 she has been head of the interdepartmental research platform “Geschlechterforschung: Identitäten – Diskurse – Transformationen” (Gender Studies: Identities – Discourses – Transformations) and a member of the advisory council at L’Homme. European magazine for feminist history.

Hanna Hacker, Univ.-Doz. Dr.
PhD: born in Vienna (Austria). Studied at the University of Vienna and the Free University of Berlin and finished her postdoc in 1998. She is a sociologist and historian with emphasis on Cultural and Postcolonial Studies in a feminist and queer studies perspective, and actively involved in politics of women’s movements. In the 1980s and 1990s her academic teaching, research activities and several book publications focused on the subject of relationships between women, first and second wave feminisms, sex/gender constructions and gender transgression in European social and cultural history. From 1999 to 2001 she acted as an expert for gender mainstreaming and women’s empowerment in German and Dutch development cooperation programs in Burkina Faso and Cameroon and taught at the Department of Foreign Languages at the University of Yaoundé, Cameroon. 2001/2002 she held the position of associated visiting professor at the Department of Gender Studies at the Central European University in Budapest; subsequently, she worked as senior lecturer and visiting professor at several Austrian universities. Presently she teaches mainly on questions of race/class/sex/gender/(and other) intersections and is involved in two research projects, one dealing with sexual subjectivities in transnational encounter zones, and the other one exploring problems of gender and minority production in NICT discourses.

Lisbeth N. Trallori
Studied political science and sociology in Paris, Florence, and Vienna. An independent researcher, Dr. Trallori has been teaching at the Institute of Sociology and Political Science and the Institute of Contemporary History at the University of Vienna, the Universities of Klagenfurt, Innsbruck, and Graz since 1986. She has demonstrated decades of commitment to the New Women’s Movement. Awards: Theodor-Körner Foundation for Social Research, Käthe Leichter-Staatspreis for Women’s Studies, Gender Studies and Equality in the Professional World (1999); Gabriele Possanner-Staatspreis (2007)

Report on the selection process by the Austrian FRAGEN team

Provided with the information on the FRAGEN project and the manual for the selection, the experts suggested 5 to 10 texts. STICHWORT then compiled a list, Annex B, from these suggestions and returned it to them. The second step was prioritising the texts according to the major/minor model. The result was analyzed und compiled in an original (draft version) shortlist by STICHWORT with a ranking from 1 to 14.
STICHWORT had to eliminate two more texts, one due to the fact that the original edition was before the beginning of the Second Wave Women’s Movement in Austria. The other one was a reader published by Austrian editors but with texts only from outside of Austria (and mainly outside of Europe). Furthermore the reader concerned very different issues, and it would have been impossible to describe the reader in one entry.

The final shortlist shows only those texts for which STICHWORT could acquire the consent for the integration in the FRAGEN database.

Consent was denied by the publisher and/or the author for two texts as they are still available on the book market, and also in English (Jelinek: Die Klavierspielerin, Rowohlt; Bachmann: Malina, Suhrkamp). The authors of a further text, who were asked for consent by the publisher, did not answer (Benard/Schlaffer: Die ganz gewöhnliche Gewalt in der Ehe, Rowohlt). Following the principle of practicability the texts with original numbers 12, 13 and 14 were integrated as substitutes (now 8, 9 and 10).

STICHWORT chose a different print version than the suggested one for two texts. Concerning the title “Frauenvolksbegehren” STICHWORT selected the first published version, which is identical to the text in the petition, whereas in the later book publication the text has been slightly altered. For “Manifesto FeMigra” STICHWORT decided, together with a representative of FeMigra, to take the version from a feminist magazine rather than the suggested parallel one that contained an obvious error.