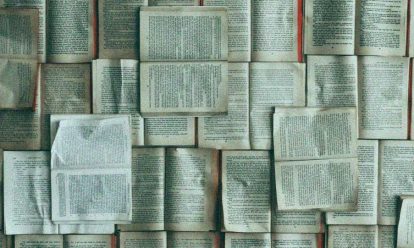 Ida Dequeecker
Expertise: feminist movement, women & work, gender in employment policies
Bio: Ida Dequeecker was co-founder of the feminist group ‘Dolle Mina’ in Flanders and active in the leftwing political party RAL (Revolutionary Workers League, later SAP, Socialist Workers Party). She co-founded GROV, the socialist feminist group in Antwerp, and was one of the leading figures of socialist feminism in Flanders, for instance as member of the editorial board of its periodical, Schoppenvrouw. She became member of the still-existing feminist think tank Vrouwen Overleg Komitee, was active in the pro-choice movement and the platform ‘Women Against the Crisis’. More recently, she co-founded BOEH! (Baas over eigen hoofd), that defends the choice of muslim women to wear a headscarve at school and at work. Ida Dequeecker is also very active as a publicist on feminism.

Chantal De Smet
Expertise: feminism of the second wave in French- and Dutchspeaking Belgium
Bio: Chantal De Smet studied Art history and Contemporary History and became director of the Royal Academy of Fine Arts Ghent (KASK), later head of the department of Culture and Communication at Hogeschool Gent. She is doctor honoris causa of the University of the Arts of Cluj-Napoca/Romania.
She was active in several feminist groups during the 1970s and 1980s, specifically in the socialist feminist movement. She was involved in the organization of the first national women’s day and member of the editorial board of the LeF-Cahiers. She was active in Dutch-speaking groups, but also had intense contacts with feminists in French speaking Belgium and abroad.

Magda Michielsens
Expertise: feminist philosophy and feminist theory, equalities policies, women in the media
Bio: Magda Michielsens (PhD Philosophy) was professor in women’s studies at the University of Antwerp from the late 1980s on. She was Director of the Postgraduate Degree in Women’s Studies and Director of the Center for Women’s Studies. Since retiring from university in 2007, emeritus Professor M. Michielsens works as an independent researcher, speaker and consultant in the field of women’s and gender studies.

Rita Mulier
Expertise: women’s movement, feminism, equal opportunities in HR, re-orientation of women in the labour market
Bio: Rita Mulier is a feminist publicist and trainer. As editor of the progressive magazine De nieuwe maand, she co-organised in 1972 a weekend with leading women around feminism and the position of women in Belgian society. This resulted in the creation of the Vrouwen Overleg Komitee (VOK) and the first national women’s day (11/11/1972). Rita Mulier was the first president of the VOK, and member of the editorial board of the Lef-Cahiers and the feminist magazine Lilith. She created Omschakelen, an organisation helping women (and eventually also men) with their re-orientation in the labour market. She became, in the 1990s, the first responsible for the internal equal opportunities policy in the Flemish public administration.

Kitty Roggeman
Expertise: feminist movement, inequalities and discrimination in education, women and work
Bio: Kitty Roggeman was one of the leading personalities of socialist feminism in Belgium and from 1978 till the final issue (1999) editor of the (socialist) feminist periodical Schoppenvrouw. She is a member and former president of the feminist think tank Vrouwen Overleg Komitee and an expert on issues relating to gender & education. She is also one of the founding members of BOEH! (Baas over Eigen Hoofd) that defends the free choice of muslim women to wear a headscarve at school and at work.

Majo Van Ryckeghem
Expertise: feminist and lesbian counseling, lesbian movement
Bio: Majo Van Ryckeghem (1950) works as a psychotherapist for the CAW-Centrum Algemeen Welzijnswerk (Leuven region). She was active in the women’s house in Leuven and co-founded a feminist counseling network (Vrouwenhulpverlening) and network for lesbian counseling in Flanders. She wrote, among others, a popular book on the psychological difficulties encountered by housewives and the book ‘Thuiskomen, scènes uit een lesbisch bestaan (Coming home, scenes from a lesbian existence).

Vanessa D’Hooghe
Expertise: history of the the women’s movement, women’s work and sexuality
Bio: Vanessa D’Hooghe obtained a master in History at Université Libre de Bruxelles (2007) and is preparing a PhD-thesis (also at ULB) on changing sexual identities in the years 1945 till 1980.

Fanny Filosof
Expertise: feminism of the second wave, women’s peace movement
Fanny Filosof was and is active in different feminist organisations. She is one of the founding members of Université des Femmes, a study and information center on feminist issues, and is an active member of the women’s peace group Women in Black. She is one of the founders of Colfen, Collectif des Femmes en Noir contre les centres fermés et les expulsions, that critisises Belgian immigration policy.

Claudine Marissal
Expertise: history of the women’s movement, history of maternity and child protection policies
Bio: Claudine Marisse obtained a PhD in history at the Université Libre de Bruxelles, on the subject “La protection sanitaire du jeune enfant en Belgique 1890-1940: question sociale, enjeux politiques et dimension sexuée” (2007). She also researched the history of the feminist and the women’s press in Belgium and co-authored a gender analysis of the results of the 1999 local elections. She is working as an archivist at the Centre d’Archives pour l’Histoire des Femmes (Brussels) that keeps the records of many Belgian feminist groups and activists.

Edith Rubinstein
Bio: Edith Rubinstein studied biological chemistry and started her professional career in this field, later moving on to the socio-political research center Crisp, where she was documentatist. During the early 1970s, she became member of several feminist groups, co-organised the first national women’s day on 11/11/1972 and later on became very active in the Brussels women’s house and more recently in Women in Black . In 1998, the Editions L’Harmattan published her French translation, as an activist, of Maria Mies’ and Vandana Shiva’s Ecofeminism (1993).

Report on the selection process by the Belgian FRAGEN team

The selection procedure for Belgium was at first shared by two partners: RoSa (Rol en Samenleving) was responsible for the Dutchspeaking side of the country, the Archiefcentrum voor Vrouwengeschiedenis – Centre d”Archives pour l’Histoire des Femmes (AVG-Carhif) for the Frenchspeaking part. When RoSa decided in February not to continue in the project, the AVG-Carhif took on the selection en encoding of the texts in Dutch texts as well.
On the Dutchspeaking side, 7 experts helped compose a longlist, of whom 2 did not answer to the shortlist-call. On the Frenchspeaking side, 6 experts steered the selection process (one did not react in the second phase of the procedure). The results were two longlists: 18 texts in French and 34 in Dutch. Annex B presents them in the following order: first the texts taken on for the shortlist, afterwards the other texts, in chronological order. In the longlist-table, we also indicated for the texts that didn’t receive priority points who suggested them originally (last column, with scores, is empty then).

Narrowing down toward the shortlist, was a rather straightforward process. The number of priority points received by each text gave a clear result, only for the last text we took also into account the number of persons who nominated a certain text. The selected texts give a good view of the themes taken on by the second feminist wave: radical critiques of the family and household and of the economical organisation of society and the hope of transforming society are dominant themes. One text was written for the Ministry for Education – by experts active in the feminist movement -, and has a less radical voice.

As the first text on both Belgian shortlists (The little red book of women) exists in the two languages, we decided to scan both versions and make two descriptions, so as to be able to offer this text in both language versions to Fragen. This means Belgium introduces 11 texts in stead of 10.

Some of the experts deplored the fact that they could not introduce texts from abroad, that had been particularly inspiring to them.