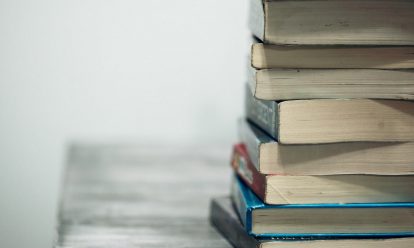 Olga Demetriou
Olga Demetriou (Ph.D) is a social anthropologist with expertise on gender, human rights, and conflict. She is currently based at the Cyprus Centre of the Peace Research Institute Oslo (PRIO), where she is a Senior Researcher working on refugee-hood and subjectivity. She studied at the London School of Economics and Political Science and has held research positions at Cambridge and Oxford Universities.

Anna Agathangelou
B.A. (Miami University), M.A. (Eastern Kentucky University), M.A. (Syracuse University), Ph.D. (Syracuse University) Dr. Agathangelou teaches in Political Science and Women’s Studies at York University, Toronto. She is also the co-director of Global Change Institute, Nicosia. Agathangelou is currently working on a book project on the reconstruction of global power by focusing on the financial crisis in Greece and the war-ridden Iraq. Agathangelou’s research interests include global political economy, and feminist/postcolonial epistemologies and poetics of social justice and transformation, technologies of empire, migration and security, the global political economy of sex and race. Agathangelou’s geopolitical area of focus is Eurasia and Europe. She is also a poet.

Maria Hadjipavlou
Maria Hadjipavlou is an assistant professor at the Department of Social and Political Sciences, University of Cyprus. She teaches, among other courses, Gender Studies, the Cyprus Conflict from a multi-disciplinary perspective and Conflict Resolution. She was a post-doctoral fellow at Harvard University and a research associate of the Program in International Conflict Analysis and Resolution.. She was a visiting scholar at the School of International and Public Affairs, Columbia University, New York, (1996-1997) where she co-founded the Center of International Conflict Analysis and continues to be a research associate. She is a founding member of the Cyprus Peace Center (1991) and its president for ten years (1998-2008).A founding member of Cypriot Women’s’ NGO, “Hands Across the Divide”(2001) and currently its president. She has published widely in the fields of conflict resolution and Cyprus and gender issues. Research interests: Feminism, Gender and Politics, ethnicity and international conflict, the Cyprus conflict from a conflict resolution perspective, feminism and reconciliation and women and migration. She is a consultant to the Council of Europe and to UNFPA.

Myria Vassiliadou
Myria Vassiliadou, born in Cyprus, holds undergraduate and graduate degrees in Sociology and Social Research and a doctorate in Sociology from the University of Kent at Canterbury. She was a founding member of the think tank Mediterranean Institute of Gender Studies, for over a decade, worked as an Assistant Professor of Sociology at the University of Nicosia and served as Secretary General of the European Women’s Lobby, the largest network of women’s associations across the EU. She has recently been appointed EU Anti-Trafficking Coordinator. Finally, Ms Vassiliadou has worked extensively in the area of fundamnetal rights, as these relate to questions of gender, trafficking in human beings, migration, ethno-political conflict, and the media. She has published in several books and journals, conducted workshops and seminars, and has been actively involved in various think tanks, EU wide research projects and national/international non-governmental organisations. She has trained as a counsellor on interpersonal violence against women and also as a facilitator/mediator on conflict transformation and negotiations.

Report on the selection process by the Cyprus FRAGEN team

The selection process was comprised of three steps: 1) identifying and contacting the most prominent gender experts on the island; 2) comprising long and short lists of texts according to the experts’ selection; 3) acquiring copy-rights and digitizing the texts.
Initially, eight experts were selected and contacted for participation in the project. Due to the current division of the island, MIGS contacted five experts of the Republic of Cyprus, and three experts from the North Cyprus ( “Turkish Republic of North Cyprus” – territory not formally belonging to the Republic of Cyprus), out of which, possibly for political reasons, only the experts from the South responded to the initiative. Out of five experts, four were well-known in Cyprus feminist academics / activist and one, the leader of the project (MIGS), that could be considered a “collective” expert-organization.

Apart from the ‘loss’ of the experts from the North and a number of obstacles in communication with the experts, some of whom were not in Cyprus, the selection of texts itself was not a difficult task, mostly due to limited number of feminist literature in Cyprus. According to the final selection, 11 texts were to be included in the database. Further obstacles arrived in the course of negotiating the copy-right questions with the publishers. Thus, three texts could not be included in the database due to the publishers’ rejection to provide the license to Fragen. One of the texts (permission not given by American Anthropological Association) is of particular importance, as it was the only text specifically addressing the gender issues in the North of Cyprus.