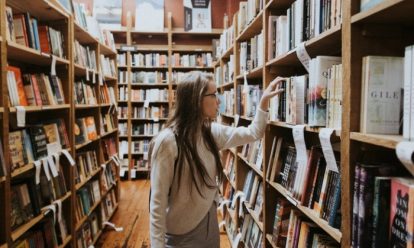 Solveig Bergman
Field of expertise: Women´s movements; gender and politics; gender equality policies; welfare and childcare policies.
Short bio: Solveig Bergman has a doctorate in Sociology from Åbo Akademi University, Finland. Since 2003, she is Director of the Nordic Gender Institute (NIKK) in Oslo. She has been involved in teaching, research and administration of Women’s Studies both locally, nationally and on a Nordic level since the 1980s. She has also been active in feminist organisations both within and outside academia. She is Scientific Deputy Director and coordinator of one of the workpackages in an EU-funded Integrated Project FEMCIT: Gendered Citizenship in Multicultural Society: The Impact of Contemporary Womens Movements (2007-2011).

Leila Mélart
Field of expertise: Gender equality policies.
Short bio: Leila Mélart (previously Räsänen) is one of the central figures in the development of Finnish gender equality policies. In late sixties, she was active in the well-known association ’Yhdistys 9’, which promoted a radical sex role ideology. Also in late sixties, she worked as the secretary general of the state committee on status of women. She has a long career, several decades, in Finnish gender equality administration in different positions. She also has extensive experience of international co-operation in that field. She retired in 2007 from the Ministry of Social Affairs and Health as the Ministerial Counsellor of Gender Equality Affairs.

Eeva Peltonen
Field of expertise: Libraries; Women’s Studies; Sociology
Short bio: Eeva Peltonen has a master’s degree in Sociology and she works as librarian at the University of Helsinki. In her work, she has promoted dissemination of feminist research and gender mainstreaming of the library. She has also published own texts and edited several books in the fields of cultural, biographical and women’s studies. She has been active in feminist movement.

Liisa Rantalaiho
Field of expertise: Women´s Studies; Sociology
Short bio: Liisa Rantalaiho is a Professor Emerita of Sociology of Work at the University of Tampere. She has been active in establishing Women’s Studies in Finnish universities since early 1980s. She was a founding member of SUNS, Association for Women’s Studies in Finland and first editor of the academic journal Naistutkimus-Kvinnoforskning, and the organizer of feminist research networks. She has led feminist research projects, written numerous articles and served as expert in (international) committees and NGOs. She has also been active in the peace movement, lately in Women in Black. She has four children.

Finland joined the FRAGEN project later than other countries. The team of Finnish experts was chosen in September 2010. Seven experts were asked to contribute to the selection of texts. Five of them agreed, four of whom participated actively. The experts were asked to submit their proposals of ten important texts of the second wave of feminism/women’s movement originating from the late sixties to the eighties, by mid-October.
However, all the experts came up with more than ten texts. The experts sent their lists of texts by email to the whole team. The first phase was followed by an extensive email discussion in which the experts commented each others suggestions as well as completed their own lists of proposed texts.

The long list of texts was compiled and sent to the team of experts on October 22th. In the long list, texts suggested by two, three or four experts were pointed out. Instead of prioritizing the texts individually, by scoring them on a scale of 1 to 10, the team preferred a consensus based decision on the texts to be included in the FRAGEN database.

The final Finnish short list was composed by two of the experts on November 1st in a one day workshop. Using the number of experts suggesting a text as a starting point, the two experts aimed for a balanced short list, taking the various FRAGEN criteria into consideration. The diversity of approaches and focus on the three issues in the centre of the project – intimate citizenship, (non-)employment and gender-based violence – were taken into account. Popular as well as more marginal texts were included in the selection. The experts who could not attend the workshop accepted the short list by email.

All the experts in the Finnish team have own experiences of the feminist movement. During the selection process, the experts reflected on the relationship between ’movement’ and ‘text’: in many cases, the movement or the process came first, and the texts simply portrayed something that was already happening. The experts also emphasized the difficulty of pointing out ‘influential’ texts; different texts were important for different groups.