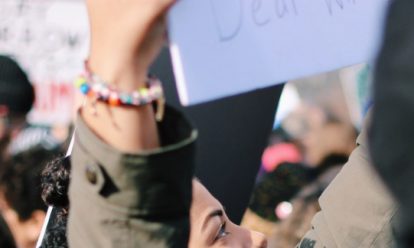 Maro Pantelidou Malouta
Field of expertise: Political Science
Short bio: Maro Pantelidou Maloutas is Professor of Political Science at the Department of Political Science of the University of Athens. She specializes in issues concerning democracy, equality, citizenship and the cultural aspects of politics (political culture and political socialization). Gender constitutes a central component of her approach, both as a theoretical standpoint as well as in research. Feminist theory, controversies concerning gender identities, as well as issues referring to the relation between democracy and gender as well as citizenship and representation, constitute the main areas of interests in research and writing. She has participated in and directed various research projects concerning issues of gender equality, she has co-directed the project of the National Center of Social Research (EKKE) on the political attitudes of Greek women, and was recently directing the Greek branch of two European research projects,(5th Framework): Genre et gestion locale du changement ( HPSE-CT-1999-00015 ) and Policy frames and implementation problems: The case of gendermainstreaming ( MAGEEQ – HPSE-CT-2002-00127 ). She also directed a research projectunder Pythagoras II at the University of Athens, on Gender differences in political attitude models, as well as the Greek and Cypriot branch of a European research project (6th Framework) on Quality in gender equality policies (QUING- C. No 028545-2). She is the author of many articles and five books (mainly in Greek). Her latest book is: The Gender of Democracy: Citizenship and Gendered Subjectivity, London, Routledge, 2006.

Dimitra Samiou
Field of expertise: Women”s History
Short bio: Dimitra Samiou has first studied feminist history and history of women’s cultures at the University of Paris VII with prof. M. Perrot (1983-1987). She has finished her PHD at the Department of Political Science and Public Administration (University of Athens) on the history of Greek women’s suffrage rights during 19th and 20th centuries. She has published articles in Greek and in English concerning women’s struggle for citizenship and the vote. Her forthcoming book in Greek is titled The Political Rights of Greek Women (1864-1952): Citizenship and Universal Suffrage.

Loukia Mavromitrou
Field of expertise: Head Librarian
Short bio: Loukia Mavromitrou works from 1984 as head in the Library of Subjects of Equality and Sex of General Secretariat for Gender Equality, that it is governed in the Ministry of Justice, Transparency and Human Rights. Her duties are the organisation and the supervision of operation of Library and the Historical Archive that recently had acquired important women’s personal documents and memories from the women’s movement of the period from 1976 to 1986 in Greece.

Report on the selection process by the Greek FRAGEN team

The landscape of feminist and women’s demands presents itself today in a completely different form than it did 30 years ago. For various internal and external reasons , feminism is not expressed as a mass movement in Greece today. While groups of the autonomous feminist movement are dissolved or transformed into something different, women ? s organisations of the late 70s and 80s are in a sense substituted by women ? s committees of political parties, or by NGOs with women’s issues on their agenda, often with international links, offering input to the policies promoted by the General Secretariat for Equality.

Reflecting the above reality, the majority of the texts proposed by our experts were written during the late seventies and eighties, a period where radical and autonomous feminist groups appeared and fought for issues related to domestic violence, contraception and the legalisation of abortions, punishment of rapists, the knowledge of the bodily functions and the discovery of female sexuality and the writing of women’s history. In terms of legislative change, the revision of Family Law (1982) and the introduction of Quoatas (2001), were both “hot issues” that provoked much discussion at the time.

Although the major concerns of the period were clear from the very beginning, the final choice was not always easy as during the process, many issues were presented from the experts in a form of manifestos from different autonomous feminist gourps. Our team faced the difficulty of choosing among manifestos from these groups, that often followed the same argumentative line of thinking. In this case, once the choice of the topics was done, the final choice of the texts was based on the importance – by importance was considered how this group affected women’s thought, legislation, ideas, values, morality, and the Greek society in general- of the group that had signed the ‘document’. Finally, although maybe not a representative “text” per se, it was decided that we should by all means include the editorial of the short-lived feminist journal “Skoupa” as symbolic of an extremely important journal for feminist thinking in Greece.