On 15 October, a Meet Up session with Nigerian-American author Chimamanda Ngozi Adichie took place in the library of Atria. A group of invited feminist opinion makers joined in a discussion with Adichie moderated by Clarice Gargard, following an interview by Nancy Jouwe.

The meeting was invites only, but was streamed live and you can watch the recordings on Atria’s YouTube channel.

Adichie is considered to be one of the most influential African-American writers of her generation. She writes about her own experiences growing up as a girl in Nigeria and later in the United States and connects this to larger themes, such as gender equality and feminism. With her work she gained great popularity and won many prizes, such as the Commonwealth Writer’s Prize, the Orange Prize for Fiction and the PEN awards. In april 2013 Adichie held the TEDxEuston presentation with the title We Should All Be Feminists, which was cited in Beyoncé’s song Flawless. The presentation was later published as a book. In december 2015 all 16 year olds in Sweden received a free Swedish translation of the We Should All Be Feminists.

We should all be feminists

Adichie was in the Netherlands because of the translation of her book We should all be feminists, published by De Bezige Bij. In Dutch: Wij moeten allemaal feminist zijn. 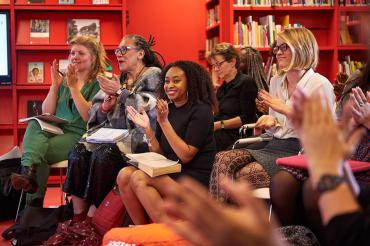 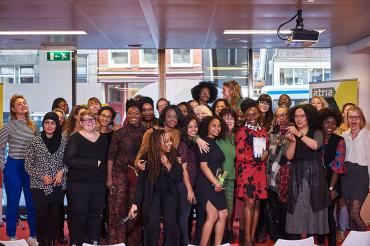