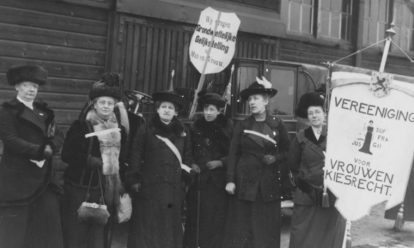 In 1917 women in the Netherlands were granted the passive right to vote. This meant women were able to be elected in politics, but were not allowed to vote themselves. It was only in 1919 that women were given the active right to vote, which allowed them to participate in electing a candidate. 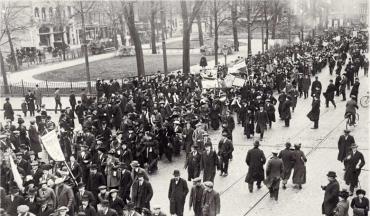 Demonstration for women’s right to vote in The Netherlands, Collection IAV-Atria

The fight for women’s right to vote

For decades women’s suffrage was fought for by women from a diverse amount of political movements. From 1889 onwards, organisations for women’s suffrage were formed. The organisations organised demonstrations, lectures, protests, expositions, and published a monthly magazine and many articles. Activities were organised to clarify how women with the right to vote would have an indispensible contribution to solve an abundance of social problems in society. Women’s right to vote was not a specific goal to achieve. However, it was the first step to women’s equality in all segments of society. 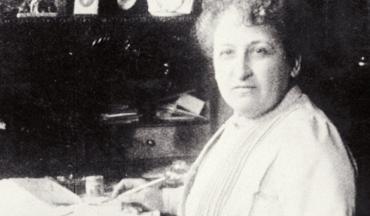 The Dutch constitutional law of 1882 addressed ‘Dutch citizens’ without specifying their sex or gender. Hence, according to the law, women actually were not excluded. However, Aletta Jacobs was rejected when she put herself on the electoral register as the first female candidate in the Netherlands (Amsterdam). The ‘spirit of law’ was more important. As a matter of fact, only men could vote if they met certain requirements. The new Dutch constitutional law of 1887 deliberately only addressed male residents. Doing so, the ‘spirit and letter of the law’ made sure women could not vote.

After 1870, the feminist movements of the ‘First Wave’ (1850-1920) of England and the United States influenced the Netherlands, causing a feminist consciousness to develop itself within wealthy families of the bourgeoisie. The women’s movement exposed and challenged women’s subordinated position in society. The main goal was to achieve access for women to all forms of education, the right to participate in civil service under the same circumstances as men, and equal rights of the management and expenditure of joint ownership. Women’s right to vote was heavily emphasised on.