Summary:
This manifesto was written when the MLF campaigned for rape to be recognized and judged as a crime (as required by the French law, although rapists were actually only charged with “aggravated assault”). The manifesto heralded an important gathering on June 26th 1976, “Ten hours against rape”, held at the “Maison de La Mutualité” (Paris). The way rape was analyzed in this article was shared by all within the MLF. Rape is a daily ordeal: even if one is not the victim of rape, one cannot avoid fear of being raped. Rape is the expression of the never-ending violence against women, the physical and cultural act on which patriarchal society is grounded. Rape is not punished as a crime against women. The text also exposed myths justifying rape: the myth of an unrestrained male sexuality echoing the myth of a passive and masochistic female sexuality finding pleasure in rape. From then on, rape was judged in the French criminal court and a new law was passed on December 23rd 1980 to recognize rape as a crime against women. 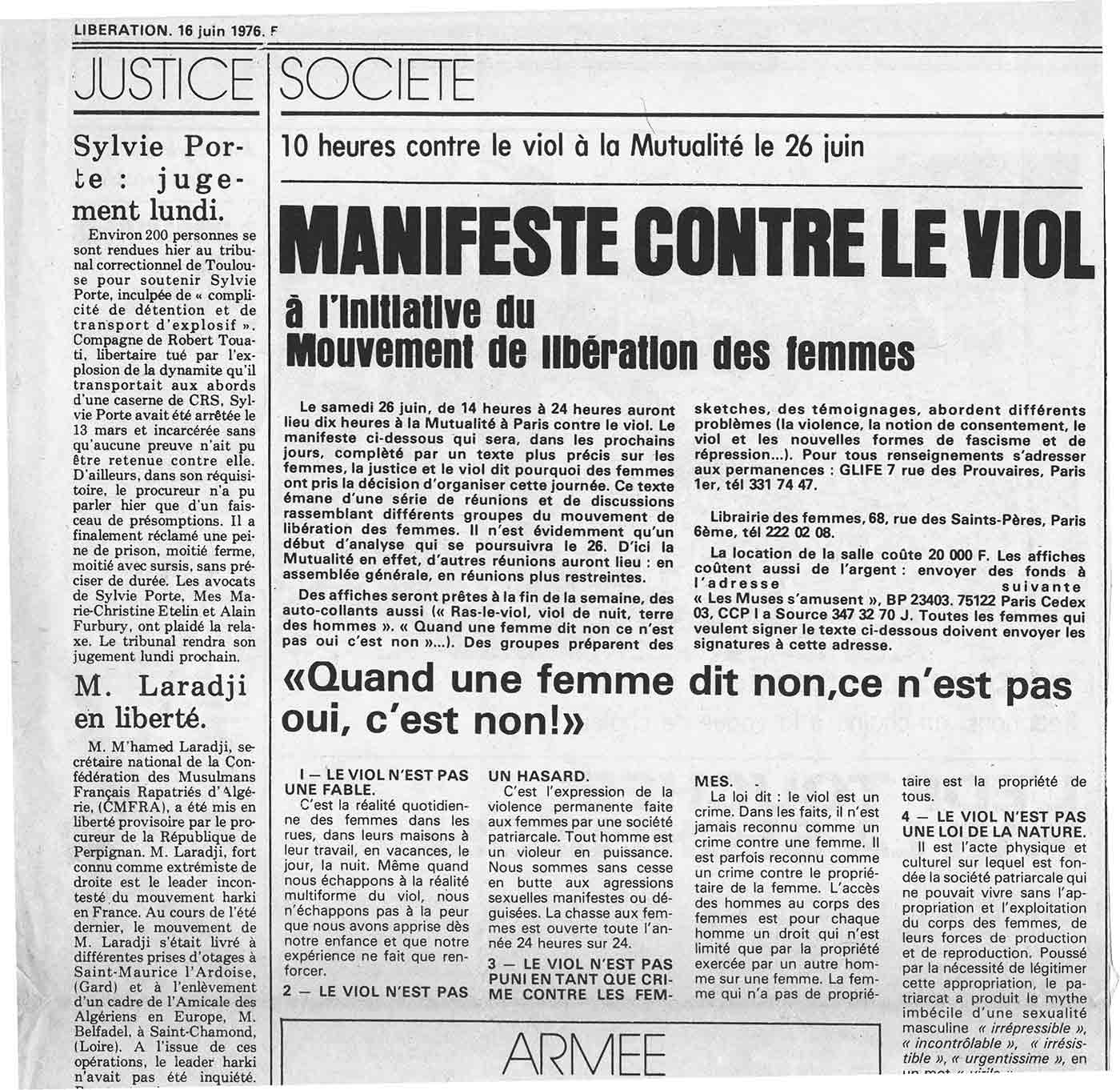 The speech links the lesbian issue to the feminist issue, a new and for many people provocative thought.

The text deals with SOS hotline for women and children victims of violence, relying on experiences with the first hotline in Yugoslavia established by feminist activists in Zagreb in 1988.

A collection of 18 texts about the intersection of gender with political and ideological regimes, patriarchal order, symbolic law in Bulgarian culture.