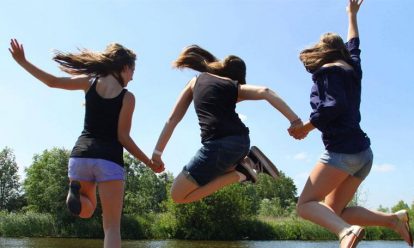 Atria has been awarded major grants from the Dutch ministry of Education, Culture and Science for 3 five-year programmes. This means that our library and archive collection will be publicly accesible for the coming 5 years, both online and offline. It means we will continue organizing interesting events. Meanwhile, we will continue to focus intensively on research and advice. In collaboration with various partners we will for the next five years once again commit ourselves to a society in which:

In brief, the themes of gender based violence, work & care, stereotyping and diversity are central in the 2018-2023 period.

The three programmes that we have launched this year are:

The programme Bronnen van Verandering (Sources of Change) enables Atria to maintain, extend and ease access to its collection for the sake of others, including scientists, opinion makers, women’s organisations, action groups and networks, (young) feminists and feminist networks – and, of course, anyone interested in the rich history of the women’s movements. This does not just happen through our library in the heart of Amsterdam, but also via a digital network of national – and in time, also international – gender sources. Atria is developing this programme in collaboration with other heritage institutes. Besides creating a rich source of knowledge, Atria’s Sources of Change also encourages the social debate about gender equality and diversity through submitted letters and opinion pieces, debates and other types of meetings.

In this alliance, Atria, together with the National Expert Organisation on Girls / Women and Science / Technology (VHTO), Emancipator ‘for men and gender equality’ and the Dutch Women’s Council (NVR), will promote equal positions of women, men and LGBTI people in the evolving labour market. To do so, these organisations want to break gender stereotypes in education and the labour market and make sufficient provisions for combining care, work and learning.

A future in which gender based violence is no longer tolerated is the ultimate objective that the alliance Act4Respect from Rutgers and Atria want to contribute to. The alliance works for- and with adolescents and young adults. The defining elements of this programme are a campaign, increasing expertise and support of professionals in policy and practice, interventions and effect research in high-risk groups, and a knowledge hub with and for professionals.

Besides the multi-year programmes, Atria initiates and participates in different projects. For example, Atria, in collaboration with WO=MEN and the Network UN Women’s Convention will play an active role in collecting input for the Dutch government delegation in New York during the annual sessions of the UN Commission on the Status of Women in the coming 4 years. This project is subsidised by the Emancipation Directorate of the Dutch Ministry of Education, Culture and Science. Together with the two other partners, Atria is responsible for collecting input from civil society organisations in the Netherlands that are involved in international emancipation policy. Atria is also involved in the monitoring of the implementation of the UN Convention on the Elimination of All Forms of Discrimination against Women (UN Women’s Convention) in the Netherlands.

More information about the collection

On October 3rd 2019 Professor Mineke Bosch (NL) gave the third Rosa Manus Lecture of Atria, National Institute on Gender Equality and Women’s History, on gender and the politics of the commemoration of the centenary of Dutch women’s suffrage. There was a comment by Dr Mari Takayanagi, archivist and historian at the Parliament Archives in London.