Summary:
Based on the reports at the International Tribunal in Brussels in 1976, the book describes the system of patriarchal violence.
Abuse of women within the family, rape, and violent medical treatment are presented as cornerstones. Violence within the family
is considered authorized through the marriage license and is legally supported by family legislation. Male violence is a question
of socialization. Sexual violence is a system in which women are constantly under threat while simultaneously making it impossible
for them to be taken seriously as victims. A number of myths work against women just as much as the laws do and women are
socialized as victims. The expropriation of the female body is carried on through gynaecology and birth control; the forced
sterilization of women in other cultures is juxtaposed to the abortion ban for white women. The Women’s Movement brought violence
out of the private sphere with women’s shelters, the self-defense movement, and the women’s health movement. 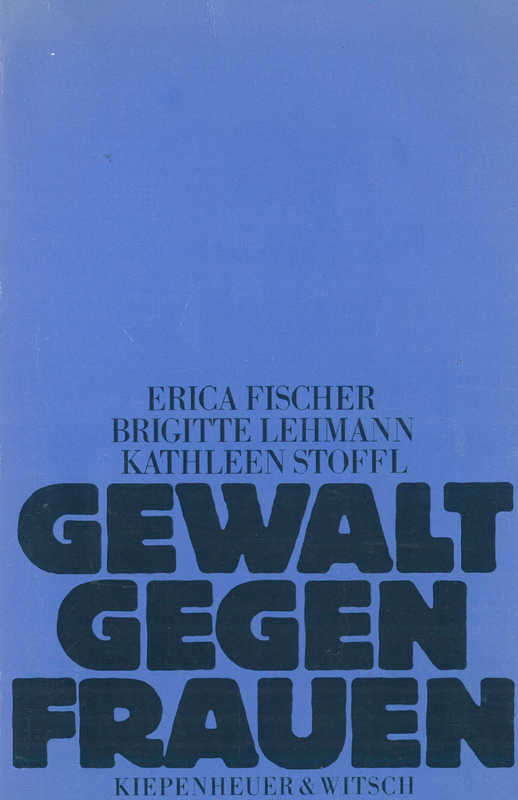 The article uses satire to expose and ridicule gender stereotypes, patriarchy, gender inequality and the prioritization of male viewpoints and desires in Estonia.

The text deals with SOS hotline for women and children victims of violence, relying on experiences with the first hotline in Yugoslavia established by feminist activists in Zagreb in 1988.