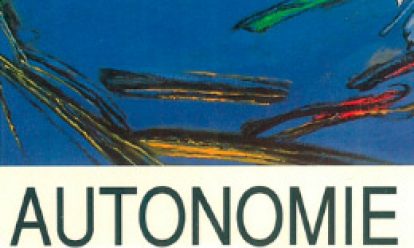 Summary:
Autonomy is the constant movement of the shared rule-setting of living together and a draft of new boundaries reflecting on the context of women’s movements, according to the authors. Questioning autonomy in a feminist context means reassessing the issue of self-determination of female subjects and discussing new feminist political strategies including forms of loving,
working, and thinking. Till that time the autonomous women’s movement had been able to achieve autonomy to some extent, such as with the right to self-determination, which indicates self-authorization and mobile/moving independent thinking of women. In practice, the dialectic of appropriation through and independence from institutions is evident with the question of public
funding for feminist projects. The central feminist political claim of autonomy should be revived to counter women’s tendencies to withdraw into social project niches or into the private sphere. But reflecting on autonomy cannot replace the lack of a women’s movement.

The open letter is a feminist statement in the controversial debate caused by the artwork “Lady Rosa of Luxembourg” by Sanja Ivekovic.

The article deals with the situation of lgbt-families in Germany.