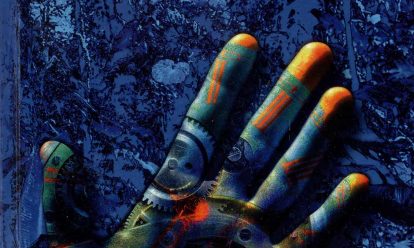 Summary:
Collection of essays from 1990-2007, written by the well-known Czech feminist Mirek Vodrážka, that reflects his work done in the past fifteen years. Vodrážka is a writer, musician and one of very few male feminist activists in the Czech Republic. He is a member of group Charta 77, which was an informal civic initiative fighting for human rights repressed in communist Czechoslovakia. He focuses mainly on politics, philosophy and culture in his essays.
The book consists of four chapters. The first chapter, called ‘Underground’, contains of essays reflecting communist period in the Czech Republic, Charta 77 and civil society. This chapter examines the history of Czech dissent in context of subculture and civil initiatives protecting human rights. Second chapter, called ‘Chaos’, focuses on the phenomenon pornography in context
of intellectual, cultural and political manipulation. He is also talking about the crisis of gender in Czech society. The third part is dedicated to feminism. It is a philosophical reflection of the relationship between women and humans – can women be human? Other essays deal with the lesbian movement in the Czech Republic and the meaning of lesbian culture. The last chapter
is called ‘Transgender’ and tries to open a discussion about women’s visual art, third gender and new media. It also brings a reflection of political category of so called “third gender”.
The essays critically examine developments in the Czech Republic and Europe, which, according to the author, have significant and mostly negative impact on minorities (feminists, gay, and lesbians). At the same time he criticizes those minorities for lack of their consistency presented in promoting their rights.
Most essays had been published in Vokno, magazine for second and other culture.

The novel is about the daughter of a very conservative father who has old-fashioned ideas about the sexual relations between men and women, who is very jealous, exerting protective custody on his wife and daughters.

Women are exploited through the appropriation of their domestic work.

Special attention is paid to gender inequalities in popular culture as well as homophobic language and practices in today’s tabloid culture.