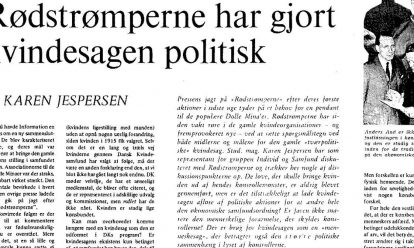 Summary:
The text is the first presentation of the Redstockings’ political ideas, published shortly after the first action, which was covered closely in the media. Originating in The New Left and especially inspired by black Americans’ fight against racism and Dutch Dolla Minna’s direct activism, the Redstockings rejected the first feminist wave’s concept of “un-political” equality.
As integrated aspects of capitalism, gender roles could only be removed with a new socialist society.

Interview with Elzbieta Fornalczyk. The text comments on the situation of women on the labor market.

The most important issues: Social security and economic independence of women, liberalisation of the abortion law, reform of the matrimonial law, equality in education and at work. It argues against all forms of sexism in society.

The figure of the Nomadic Subject has been very influent in the Italian feminist context.

It is a collective book which narrates the origin of the women’s movement from 1966 to 1986 in Milan and the establishment of the Italian women bookstore collective as a place for political thought.