Summary:
This text was later used as a manifesto to build up the focus on class struggle supported by some within the MLF. It explains why an autonomous movement of women had to exist on its own, while at the same time being intertwined with social struggle. The first point to have an autonomous women’s movement is to gather women around a ‘program of demands’ whose call for action would be “No freedom for women without a socialist revolution, no socialist revolution without freedom for women”. Societal changes (in the field of family, sexuality, gender relations, work) are analyzed through a Marxist reading grid, concluding that the “principal enemy is not the men” and that women’s revolution cannot divide the working class since it is situated in the “social, economical and political reality: the capitalist system”. The second point is to massively open up the MLF by developing, alongside consciousness groups, other groups working with local organizations whose aims would be to define specific goals and militant practice towards other women. 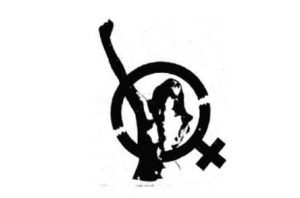 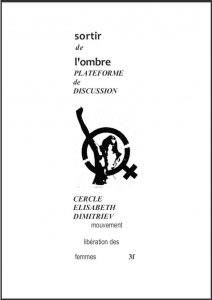 This articles gave insight into the situation of women’s lives in the public and private sphere and challenged the system which excluded women from achieving a career in work or politics and which kept them tied to their ascribed role at home.