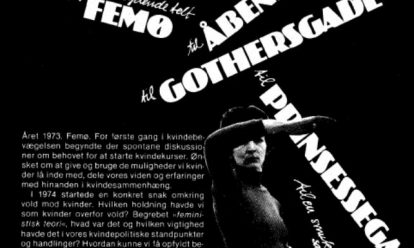 Summary:
Self-defence became a crucial subject in courses taught by feminist activists. From 1971 Redstockings arranged summer tent camps on the island of Femø, where the idea of feminist self-defence was born from discussions of violence against women and alternative pedagogical methods, based on women’s own experiences. The courses took part in various building squatted by women in Copenhagen until 1979, after which they moved to the first Danish centre for battered women.

Collection of stories and experiences written from the perspective of Britain’s Black communities and the women within.

The collection consists of 18 short stories and essays by young authors of predominantly Roma descent, who tell about the situation of Roma people in Bulgaria or their own experience of growing up in Bulgaria.

The text explains the anatomy of the clitoris and vagina and what happens during coitus.