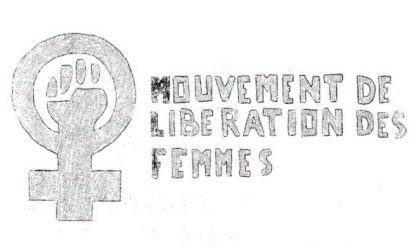 Summary:
This document is the first written public announcement of the aims and goals of the newly founded Women’s Liberation Movement (MLF) in Luxembourg. It already contains the most important issues and demands: Social security and economic independence of women, liberalisation of the abortion law, reform of the matrimonial law, equality in education and at work. It argues against all forms of sexism in society. The pamphlet shows the gender symbol combined with the fist (from now on also the logo of the MLF). It was distributed in the form of flyers and published in newspapers. The document symbolises the growing consciousness among women about their situation and the necessity to fight for their rights. Foundation of the MLF: In December 1971 Berthe Lutgen invited 16 women to discuss the oppression of women on the legal, sexual and economic level. On this evening (14th Dec) the women decided to found the MLF. They held programme discussions on the 8th of Jan and 1st of Feb 1972.

The book gives a historical overview of the evolution of feminism and women’s rights in Malta and abroad, acknowledging gains of the women’s movement.

Through interviews, action research and political analysis it exposes gender dynamics within the ethnic conflict on the island and its partition.