Summary:
This article is the editorial of the first issue of the first feminist journal in Slovakia: Aspekt. It is also a kind of compellation of the future readers of the journal. In the first part of the article the author introduces the intention of the journal. She then introduces the concrete first issue of Aspekt, which was devoted to the topic of beauty myth. Later the author defines the journal as the feminist one. She declares that Aspekt is not talking in the name of all women, but it wants to offer the more autonomous choice of social roles for women. Feminism is defined here as the possibility for women to confirm and develop their women´s identity. Feminism is proclaimed here to be a possibility for women to be a subject and not only object. The
journal was defined as Slovak and Czech –because of the situation of splitting Czechoslovakia. This was a signal that the journal was against nationalist tendencies which started to be living in the early nineties. 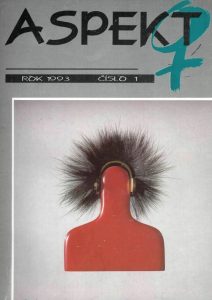