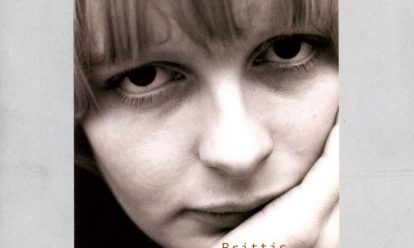 Summary:
Brittmarie Brax’s songs were well known in the feminist movement long before they were published on a CD. Several of them were composed already in the mid-1970s, while others were created later. She performed them in various gatherings within the women’s movement, not least in the lesbian ones. Sometimes she sang accompanied by a single instrumentalist, sometimes together
with the group Kvinnoväsen. The lesbian feminist movement was largely a collective and oral culture, a meeting and socializing culture. This movement was not “only” about challenging patriarchy and capitalism, it was also about challenging heteronormativity. It sought to abolish oppressive gender and sexuality systems, to make lesbianism visible in society and to create a lesbian feminist culture. It aimed at making the unthinkable thinkable. It was a very radical project. It is not all that easy to find a specific text, which can represent the whole of this multifaceted movement. But in Brittis’s songs, we can find some of the thinking and the dreams in this movement, although they are seldom openly political. They have an artistic intensity
that has not diminished over the years. / Summary by Eva Borgström

The article was originally published in Aspekt journal; by mistake without the subtitle: “Ako je to s feminizmom na Slovensku” (English: “How it is with feminism in Slovakia”.)

Open letter to the European Parliament. Prominent women of politics, culture, sciences and business demand democratic debate on the situation of women in Poland.

The different authors share the view that current rigid sex roles are social constructions, obstacles for equality and stem from traditions which don’t belong to a modern society.

Manifesto written by a collective of socialist feminist groups.