Summary:
Pazartesi has been published since 1995 on a monthly basis. Under its logo is written “Allocated for women only” which was the same motto as a womens’ magazine published a century earlier during the Ottoman period. It was the most popular feminist magazine with articles of feminist academicians. The topics discussed are sexual violence, battering of women, rape, virginity, abortion, prostitution, honor killings, mobbing, women’s images, sexual problems of women, legal rights, women and politics, women protests, relations among women as mothers, daughters, mother in laws etc.
In each issue one page is allocated for cartoons. Interwiews with ordinary and prominent women or celebrities took place regularly. Letters from the readers. Interviews with first islamic feminists. It also included news from abroad, about women from the USA, Cuba or India. The magazine supports other opressed movements and expressed solidarity with Kurdish women, working class women. 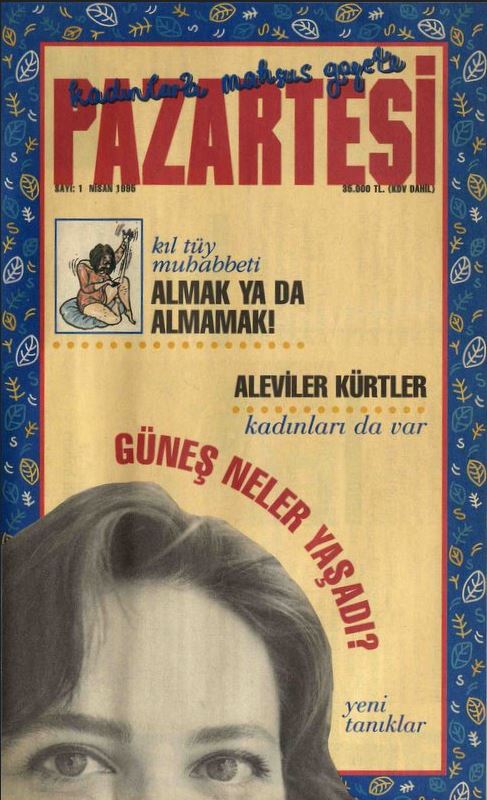 They demand the total autonomy of women in order to recover their identity and freedom.

The article discusses the positioning of feminism in Estonia and in Eastern Europe more generally.