Summary:
Women’s history and feminism became intertwined in the 1990s. The book of The Ottoman Women’s Movement is one of the main elements in this process by rebuilding the bridge between Turkish feminists and their Ottoman past, exploring the struggle for women’s rights in Turkey a century ago. It brings to light Ottoman feminism in women’s journals, organizations, discourses and activities and thus reveals a forgotten history. The book is Çakır’s doctoral thesis on Ottoman women’s movement, which she finished in 1991 and the first edition was published in the Women Studies series by Metis in 1994, the second edition in 1996, the third revised edition will be published in July in 2010.
This book presents the women’s voices out of women’s history in Turkey in documents that have been unknown as they were written in the Ottoman script which was not used anymore after 1928. It primarily centers around the ‘feminist’ demands Ottoman women developed to question their social roles in society and to enhance their position.
The book mainly focuses on the journal The Kadinlar Dünyası (The Women’s World) (1913-1921) expressing the voices of those who wrote for it and stories of resistance and polemical debates. It also introduces women who strongly defended women’s rights, prominent women and women’s organizations in Ottoman society to make them visible.
Due to copyright restrictions only one chapter of the book has been digitized and uploaded. Also an article about the contents and methodology of the book has been uploaded, namely: Feminism and feminist history-writing in Turkey: the discovery of Ottoman feminism / Serpil Çakır. In: Aspasia. New York, Berghahn Journals, vol. 1 (Mar. 2007), pp. 61-83. 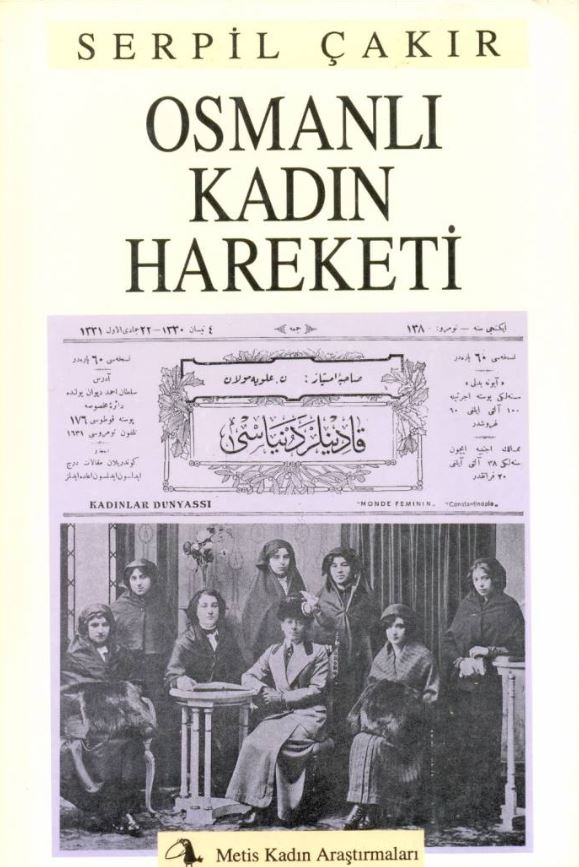 A statement about how women must participate in the struggle for democratic rights and the inequalities that women suffer.