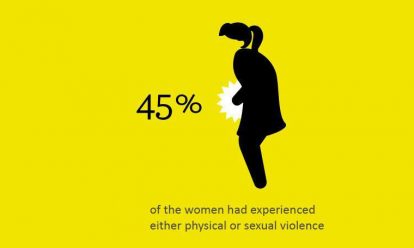 Summary of the key findings

In the FRA’s research, 42,000 women were interviewed in all the EU member states. This included 1,500 Dutch women. Hence, it offers a representative reflection of the experiences of the population aged between 18 and 74.

Some notable results for the Netherlands:

Comparatively, the home environment appears to be the most dangerous place for women and girls. In many cases, the perpetrators of violence against women are either the partner, the ex-partner or some other family member or friend who is known to them.

The increasing use of the Internet and social media has led to new forms of violence and threats. Young women are particularly at risk of cyber violence.

Perceptions of intimate partner violence among people in The Netherlands.

What works in prevention of violence against women and girls?