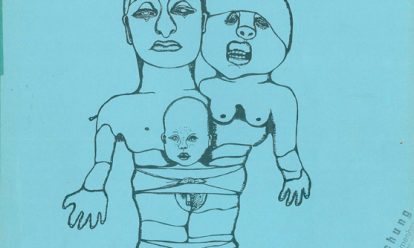 Summary:
According to this article emancipation is defined as liberation from oppression, economic and physical constraints. The Women’s Movement paves the way for a sexual, cultural and economic revolution. The prerequisite is changing the capitalist system.
The demands are the abolition of the middle class nuclear family, replacing it with a variety of equally accepted lifestyles, further, the assumption of “private” duties by the entire society. The result of this is mainly the liberation of women and children. All the other demands arise from this, such as dismantling traditional roles, equal opportunity in education and work, equal rights and responsibilities for men and women particularly in raising children, as well as legalizing other forms of cohabitation without being forced to be with the opposite sex or practice monogamy. An important strength of the Women’s Movement is the interweaving of the private and political. In order to create this connection it is currently necessary to organize without men.

NANE Women’s Rights Association is dedicated to ending the human rights violations and the threat of violence against women.

One of the first manifestos that disputed the existing family legislation, presenting the changes that should be made in each article of the family law in order to bring social justice for both women and men.

The fundamental demand for complete and equal political participation of women and abolishment of all forms of violence and discrimination of women.