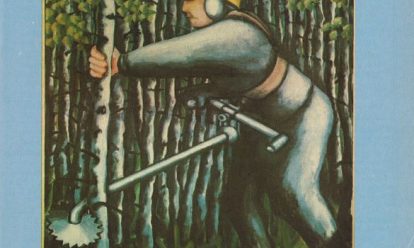 Summary:
The concept of “women’s culture” was very influential within the Swedish women’s movement during the second half of the 1970’s with Louise Waldén, editor of the women’s journal Vi mänskor from 1974-79, as a major advocate. This article widens the concept – earlier it had mainly referred to feminist works of art (visual art, literature, songs), but also traditional textile art
by women – to represent positive feminine attitudes, based on women’s work and position in the sphere of reproduction. Thus “women’s culture” in Sweden was not defined biologically as sometimes in the US, but could still lead to idealizations of femininity. Politically the concept was influential in combining the feminist struggle with movements for peace and environment
issues. But it was also used as an argument for equal pay and better quality vis-a-vis “women’s jobs” in the social sector of care work, concerning children, old and sick people, etc. / Summary by Ingrid Holmquist

Publication offering a platform to gay and lesbian viewpoints.

The text asks for the legalisation of abortion, with women’s autonomy as the starting point.