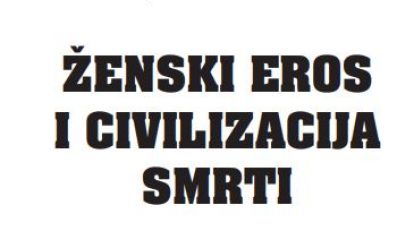 Summary:
The book explores theoretical foundations of emancipatory subject using sociological approach to women’s question in the epochal perspective. The author positions women’s question within several paradigms (Marxist, sociological, feminist) and then amply illustrates and analyses manifold forms of suppression of women in patriarchal culture and society. He is particularly interested in economic and cultural reproduction of suppressive traditions, roles, images and archetypes, especially the extended reproduction of a mother in what he calls an ‘agonal society’. Chapters are devoted to female element in the works of Freud and Jung, as well as to positioning of women’s question in Yugoslavia.
The second edition of the book, published in 2009, contains author’s comment on changes in both society and feminism that occurred between two editions.
The first edition: Zagreb: Naprijed, 1984.

Interview with Elzbieta Fornalczyk. The text comments on the situation of women on the labor market.