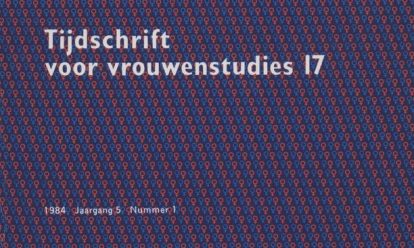 Summary:
The article is the edited version of a lecture that Troetje Loewenthal delivered on the 21st of Dec, 1983 at the so-called ‘Winter University Women’s Studies’ in Nijmegen, a ‘winter school’ programme of lectures and seminars for students and academics. The article states that the women’s movement in the Netherlands is a white women’s movement. Troetje Loewenthal points to the exclusionary mechanisms of the Winter University as representative of the women’s movement more generally. The programme of the Winter University contained the theme ‘non-western women’ besides other themes like labour, education, religion, science, sexuality, which segregated white and black/ethnic minority women as it implied that the latter themes were ‘white’ and irrelevant for black/ethnic minority women. It also homogenised non-western women by grouping together the experiences from women in Bangladesh and those of ethnic minority women born and raised in the Netherlands. Loewenthal argues that the systematic exclusion of ‘non-white’ women produces racist knowledge.

The so-called “natural” justification of men’s domination over women is denounced. The concept of “sexation” to show that women are all subjected if not appropriated by male power.