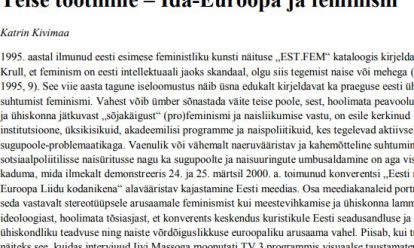 These expose Gretel Ammann’s approach to what she considered to be the essential questions concerning the feminist and lesbian struggle.

This publication highlights gender equality issues and presented proposals and recommendations for legislation and implementation.

Flyer for a demonstration against the discrimination of women in the form of numerous inequalities: Unemployment of women. Part-time work allows women to combine work with having children, but pushes them back into traditional roles as housewives and mothers.