Summary:
The author denounces the so-called “natural” justification of men’s domination over women and develops the concept of “sexation” (after the concept of slavery) to show that women, considered as a class on the basis of their sex-gender, are all subjected if not appropriated by male power. Power relations are understood – either in a theory or in a doctrine (natural sciences, politics, medicine, religions, part of social sciences) or even more casually in daily conceptions and in so-called “common sense” – as relations rooted in instinct or ruled by genetic determinisms. Sexism and racism are both “naturalisms” insofar as they hinge their beliefs on a preformed origin of human conducts that would be written in nature. Indeed, “being natural” implies that human groups are caught up in unequal relations, meaning the appropriation of a human group by another human group, as in “sexation” and slavery. 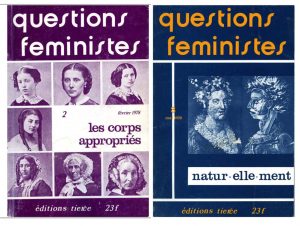 The main thesis of the book is that Romania is more democratic for men than for women, and the simple existence of formal rights for women does not guarantee that they are exercised in reality.

This is the first report on the state of human rights of sexual and gender minorities in Republic Croatia in year 2002.