Summary:
A discussion on ‘feminism and politics’ was organized by the editorial team of the Journal Dini for a special issue of the journal. The discussion was attended by members of major autonomous groups and showed the divergences among these groups on key feminist issues (collective action, family, motherhood, state, etc.). The discussion highlighted the struggle for the very definition and scope of feminism and in particular revealed the anxiety of these groups about feminist ideas, as state feminism took root in Greece after 1982. Key issues were the removal of many feminists from parties, and the constant search for women’s autonomy. The representation of women’s demands, the new targets of the movement, political and personal disagreements within groups of women, were some of the issues highlighted during this discussion. Finally a major cause of concern was for the feminist movement to remain autonomous and independent from political parties in Greece. 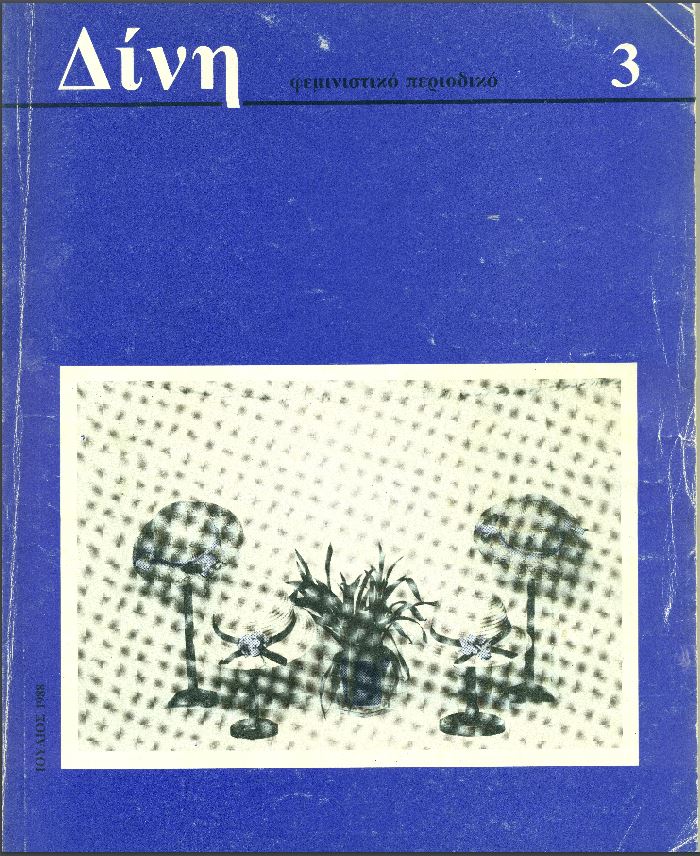 Exploration of the concept of ecofeminism and its links with fundamental differences between cyclical temporal mentality of women and linear masculine idea of time.