Summary:
A classic debate article arguing that the Swedish society’s contentment with its degree of gender equality was unfounded. Published in 1961, several years prior to second wave feminism and two years before Betty Friedan’s “The Feminine Mystique”, ”The conditional release of women” anticipated several questions that were later pursued by the organized women’s movement – the fight against constructed ”sex roles”, woman’s ”double shift” and economic dependence, demands for organized societal child care, ”men’s emancipation”, et cetera. While the women’s movement of the 1970s was explicitly left-wing, this article is also interesting for its pronounced liberal perspective, *leading – as logically as unexpectedly – to a demand for a strong society and comprehensive social reforms. Moberg speaks in the name of individualism, claiming just like John Stuart Mill that both women and men”have one major role, as human beings”. But the problem is, states Moberg in a reference to Simone de Beauvoir, that a woman is still defined primarily by biology. Housekeeping and child care are considered inseparable from her identity as a woman. Despite equal formal rights, a woman’s liberation is therefore still conditional. / Summary by Åsa Arping 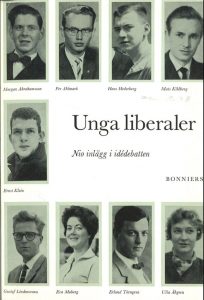 This book is a subjective biography of “AnA”-one of the most important women’s NGOs in Romania after 1989.

This manifest calls for action, solidarity of women and transformation of social relations.

An essay on gender-based violence.