Summary:
The collection consists of 13 articles about the transformation of gendered identities in Bulgaria during the transitional period after 1989. The texts focus on the dynamic changes in men’s and women’s roles as reflected in the practices of popular culture and the media, advertising, film, sports, crime fiction, popular music and fashion. Special attention is paid to gender inequalities in popular culture as well as homophobic language and practices in today’s tabloid culture. The explorations are interdisciplinary, combining diverse feminist approaches; they study gendered identities in a comparative perspective – between highbrow and lowbrow culture, between the local and the global, before and after 1989. 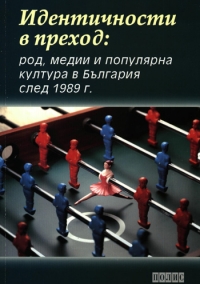